This paper analyses the permaculture movement and assesses the socio-demographic characteristics it represents.

Through an international survey of 731 permaculture participants (of English-speaking participants across 45 countries), the paper highlights the self-identified roles of permaculture participants as well as socio-demographic factors such as race, gender, and socioeconomic status and structural factors such as development, inequality and ecosystem vitality. It highlights that there are several factors challenging diversity and equality in the permaculture movement: participants in the permaculture movement tend to be of intermediate or high socioeconomic status; the vast majority are white (96%); and even where women are close to matching the number of men working in an organization, they often aren't in the leadership roles. The paper stresses that there are multiple levels and sites through which socio-demographic factors shape participation in grassroots environmental action.

Note that the survey was carried out in English and as such the results could have been different if it had been carried out in some of the other languages spoken in the 45 countries under analysis. It should also be noted that although it did take into account within-country inequality levels when analysing socio-demographic factors, the regional distribution of responses was heavily concentrated on high income countries. Results were concentrated in the United States (59%), Australia (15%), Canada (8%), and the United Kingdom (5%). The rest of the responses were distributed among 42 countries, with 1-9 responses per country.

Grassroots networks and social movements are increasingly regarded as agents of change that can help respond to environmental degradation both by generating novel solutions to existing problems and influencing institutions toward more substantive responses. We examine permaculture, an international movement that, despite its broad international distribution and relatively high public profile, has received little systematic scrutiny in the scientific literature. We attempt to remedy that gap by conducting a broad international (though English-only) survey of 731 permaculture participants, and assessing the socio-demographic characteristics of the movement.  The survey examined self-identified roles of permaculture participants and explored the relationships between those roles and socio-demographic factors race, gender, and socioeconomic status. The influence of structural factors on participant roles was examined by including multidimensional national indices development, inequality, and ecosystem vitality, for the 45 countries in the sample. Results showed the participation of women at or above parity (53%), while participation by race showed a white supermajority (96%). Multivariate regression demonstrated that race, gender, and socioeconomic status are shaping participation in distinct ways and that each interact with structural factors. The effects of gender on social roles varied with ecosystem vitality, with women scoring higher than men in countries with high levels of ecosystem vitality, and the reverse where ecosystem vitality was low. The observed effect of race on practice varied with national inequality, such that the scores of respondents of color were equivalent to white respondents in countries with the least inequality, but descended as inequality increased, while whites were unaffected. Different indicators of socioeconomic status depressed and amplified different dimensions of participation. Results point toward a theoretical framework that identifies multiple levels and sites through which socio-demographic factors shape participation in grassroots environmental action, and the outlines of such a framework are discussed.

You can find related resources in the categories on Primary production: Agriculture and by browsing the research library for items containing the word Permaculture, see the search result here. 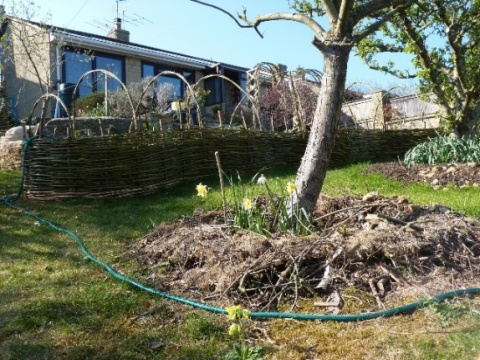