Organic agriculture in the twenty-first century: a farming practice that can help feed the future if done right

Their research finds organic farming is more profitable and environmentally friendly, and able to deliver equally or more nutritious foods that contain fewer (or no) pesticide residues, compared with conventional farming. While studies have found that on average organic farming systems are lower yielding than their conventional counterparts, the authors argue that at 8 –25 per cent lower, the deficit is not large and can be halved by rotating crops and avoiding monocultures.  They also find that for leguminous produce (e.g. beans, peas and lentils) there was no difference in yields at all. Overall they state that it could be “a very competitive alternative to industrial agriculture” particularly when considering that agriculture increasingly will have to withstand higher temperatures due to climate change. Organically managed farms tend to fare better during droughts than their conventional counterparts, because the manures they use retain moisture in the soil. The study is one of the largest ever to be carried out on organic agriculture; it reviews hundreds of studies going back over four decades.  It is stated that organic farming may be more productive and profitable than conventional farming in the long term, especially in developing countries as it can provide an “ideal blueprint in addressing climate change”.

Organic agriculture has a history of being contentious and is considered by some as an inefficient approach to food production. Yet organic foods and beverages are a rapidly growing market segment in the global food industry. Here, we examine the performance of organic farming in light of four key sustainability metrics: productivity, environmental impact, economic viability and social wellbeing. Organic farming systems produce lower yields compared with conventional agriculture. However, they are more profitable and environmentally friendly, and deliver equally or more nutritious foods that contain less (or no) pesticide residues, compared with conventional farming. Moreover, initial evidence indicates that organic agricultural systems deliver greater ecosystem services and social benefits. Although organic agriculture has an untapped role to play when it comes to the establishment of sustainable farming systems, no single approach will safely feed the planet. Rather, a blend of organic and other innovative farming systems is needed. Significant barriers exist to adopting these systems, however, and a diversity of policy instruments will be required to facilitate their development and implementation. 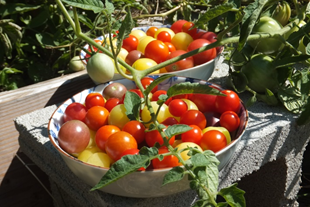