While it is well recognised that at the field level, organic systems harbour more biodiversity than non organic systems, how do things pan out at a larger scale?

The study looks at organic and non organic systems in twelve regions, representing a range of agricultural contexts.  It finds that while at the field level organic farms are home to significantly greater species richness of plants, earthworms, bees and spiders, at the farm level (taking account of field boundaries such as hedges and grass verges) the difference dwindles to very little.  The study therefore underlines the importance of focus on maintaining and improving landscape features across all systems.

Its conclusions are as follows:

“Despite substantial variation between taxonomic groups and regions, the majority of the average effects of organic farming on species diversity demonstrate a positive tendency. This is true for most of the nonsignificant effects on species richness, abundance and evenness in productive fields and at farm and regional level. Hence, organic farming tends to sustain species diversity to a higher degree than nonorganic farming by allowing more individuals to survive in a given unit of agricultural habitat. We conclude that organic farming represents a step in the right direction toward preserving farmland biodiversity. Yet, the gains fade at the farm level due to the equilibrating effect of nonproduction habitats, which are similar in both farming systems. Therefore, land sharing by present-day organic farming alone is unlikely to halt the current global decline in farmland biodiversity . Additional land-sparing measures that maintainand increase habitat diversity and quality, such as directed agrienvironment schemes set-aside areas and management contracts for habitats of rare species are urgently needed. Implementation of these measures in organic farming guidelines should be intensified to boost its performance in terms of promoting farmland biodiversity. Our study highlights that only by means of such targeted measures it is possible to accommodate the dual objectives of food production and biodiversity conservation on farmland.”

Organic farming is promoted to reduce environmental impacts of agriculture, but surprisingly little is known about its effects at the farm level, the primary unit of decision making. Here we report the effects of organic farming on species diversity at the field, farm and regional levels by sampling plants, earthworms, spiders and bees in 1470 fields of 205 randomly selected organic and nonorganic farms in twelve European and African regions. Species richness is, on average, 10.5% higher in organic than nonorganic production fields, with highest gains in intensive arable fields (around +45%). Gains to species richness are partly caused by higher organism abundance and are common in plants and bees but intermittent in earthworms and spiders. Average gains are marginal +4.6% at the farm and +3.1% at the regional level, even in intensive arable regions. Additional, targeted measures are therefore needed to fulfil the commitment of organic farming to benefit farmland biodiversity.

For more on the land sparing versus land sharing issue you may want to have a look at this paper lead-authored by FCRN member Ben Phalan here as well as the discussion in an interview we ran on agroforestry here. You can find further resources related to organic farming on our website here. 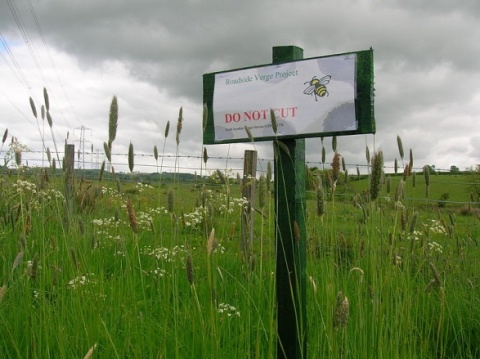