Nitrogen use in the global food system: past trends and future trajectories of agronomic performance, pollution, trade, and dietary demand

In this paper, the authors present an analysis of the nitrogen cycle in the agricultural production system of 12 world regions. From these results, they go on to suggest improvements in nitrogen use by changing the role of human diet, international trade and local production.

In this paper, the authors present an analysis of the nitrogen cycle in the agricultural production system of 12 world regions. From these results, they go on to suggest improvements in nitrogen use by changing the role of human diet, international trade and local production. The results suggest that with moderate animal protein consumption it would be possible to feed the global population in 2050 with far less nitrogen pollution and less international trade than is currently the case.

The paper first describes 50 year trajectories (1960 – 2009) of human protein demand and supply, self-sufficiency with regards to proteins, performance of cropping and livestock systems, and environmental N loss for each region. Secondly, they use four scenarios for the years 2010 - 2050, differing in human diets, livestock distribution and fertiliser use to analyse changes in international trade (between, but not within regions), N losses and N use efficiency (NUE). The four scenarios included two different ‘development paths’, one business-as-usual and one in which regional self-sufficiency and globally equitable diets were central. In this later approach, it is assumed that regions attempt to achieve a healthy human diet by meeting domestic demand of both animal and vegetal proteins by local, diverse production and aim at limiting imports.

International trade is treated as an important factor to include in the analysis because it represents huge flows of N in the form of vegetable or animal protein between continents. The resulting disconnect of crop and livestock production between countries (and continents) is one of the causes of locally polluting N surpluses, as well as the inefficient use of N because of the inability to close nutrient cycles.

In terms of findings of a historical nature, over the last five decades the use of synthetic nitrogen (N) fertilisers has grown by a factor of eight and now represents more than half the total direct input of N to cropland. The largest absolute change in consumption of animal proteins during the period 1960–2009 was seen in China. A main finding of the work, confirming others’ analyses, is that population growth has not been the only driver of the evolution of the world agro-food system and its differences between regions. Instead, a key factor in the transformation of the global agricultural system is the changing human diet and specifically, the growing share of animal products in the per capita protein-N ingestion. Three quarters of nitrogen in crop production globally is currently devoted to livestock feed production. Further, efficiency in nitrogen use has been greatly improved in most world regions since 1960, although agricultural performance still greatly differs across regions. Global nitrogen flows in 1961 and 2009 are visualised in the diagrams below.

Figures: Generalized representation of nitrogen transfers through the world agro-food system in 1961 and 2009.

an optimal reallocation of N fertilisers is a promising strategy to reduce environmental N loss. However, coupling of better agricultural performance with changes in human diet could achieve even more than this.

Nitrogen (N) limits crop and grass production, and it is an essential component of dietary proteins. However, N is mobile in the soil-plant system and can be lost to the environment. Estimates of N flows provide a critical tool for understanding and improving the sustainability and equity of the global food system. This letter describes an integrated analysis of changes in N in human diets, N use efficiency (NUE) of cropping and livestock systems, N pollution and N in traded food and feed products for 12 world regions for the period 1960–2050. The largest absolute change in consumption of animal proteins during the period 1960–2009 is seen in China, while the largest share of animal protein per capita is currently observed in North America, Europe and Oceania. Due to the substantial growth of the livestock sector, about three quarters of contemporary global crop production (expressed in protein and including fodder crops and bioenergy byproducts) is allocated to livestock. Trends and levels of NUE and N surpluses in crop production are also diverse, as some regions show soil N depletion (developing regions, e.g. Africa), improving efficiency (industrialized regions, e.g. USA and Europe) and excessive N use (e.g. China, India). Global trade between the 12 regions has increased by a factor of 7.5 for vegetable proteins and by a factor of 10 for animal proteins. The scenarios for 2050 demonstrate that it would be possible to feed the global population in 2050 with moderate animal protein consumption but with much less N pollution, and less international trade than today. In such a scenario, optimal allocation of N inputs among regions to maximize NUE would further decrease pollution, but would require increased levels of N trade comparable to those in a BAU scenario.

For an open access copy to the article, see here. 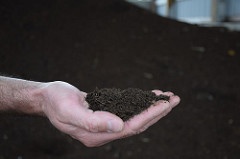