In this paper, researchers from the Joint Research Centre of the European Commission investigate the extent to which variation in nitrous oxide (N2O) emissions may offset or enhance the mitigation effects of carbon sequestration in arable European soils. They employ a biogeochemical model with input data from ~8000 soil sampling locations to quantify CO2 and N2O flux associated with different agricultural practices aimed at carbon (C) mitigation.

The authors begin by outlining the aims of the 4 per 1000 initiative and the evidence that there is potential for targeted management practices to increase biophysical carbon storage in soil (soil organic carbon, SOC) as part of carbon mitigation practices. The core premise of the research is that practices aimed at increasing SOC are highly likely to also affect nitrogen (N) cycling in the soil, as the C and N cycles are closely linked, and in particular may alter N2O emissions. They note the complexity of estimating N2O emissions and of working out possible trade-offs between N2O emissions and C sequestration actions. C sequestration is known to saturate over time but N2O emissions could remain high, calling into question the overall greenhouse gas (GHG) mitigation effectiveness of SOC sequestration practices.

The researchers developed a biogeochemical model based on ~8000 arable soil sampling locations across the EU from the EU’s most extensive harmonised land use and soil inventory network, the LUCAS survey. The model is driven by measured soil characteristics and incorporates the RCP4.5 climate change scenario. Within the model, the researchers simulate two alternative mitigation practices starting in 2016: 1) integrated crop residue retention and lower soil disturbance (IRS management), and 2) a situation where N-fixing cover crops are grown before the main crop (CC management). The reported outputs of the simulations were in terms of cumulative net GHG fluxes (i.e. tonnes of CO2 equivalent, CO2 eq., sequestered over time) and the carbon sequestration offset (CSO) effect of N2O emissions: that is, the effect of changing N2O emissions on the C sequestration effect. Positive CSO values indicate that the C sequestration effect is lessened due to increased N2O emissions (with 100% CSO indicating that this effect has been strong enough to totally offset the C sequestration effect, resulting in soils being a net source of GHGs), while negative values indicate an additional mitigation effect (i.e. the SOC sequestration effect is augmented by lower N2O emissions). They also investigated changes in crop yield related to changes in soil carbon content.

The key findings of the simulations were:

Throughout the paper the authors discuss the nature of the complex relationships between carbon and nitrogen in the soil, and show that their model successfully recapitulates experimental data findings. They conclude that significant CO2 mitigation can be achieved in the initial 20-30 years of a soil management scheme but that it is important to then control N inputs. They recommend that any intended mitigation policy or initiative must integrate considerations of both C and N cycles.

International initiatives such as the ‘4 per 1000’ are promoting enhanced carbon (C) sequestration in agricultural soils as a way to mitigate greenhouse gas emissions. However, changes in soil organic C turnover feed back into the nitrogen (N) cycle, meaning that variation in soil nitrous oxide (N2O) emissions may offset or enhance C sequestration actions. Here we use a biogeochemistry model on approximately 8,000 soil sampling locations in the European Union to quantify the net CO2 equivalent (CO2e) fluxes associated with representative C-mitigating agricultural practices. Practices based on integrated crop residue retention and lower soil disturbance are found to not increase N2O emissions as long as C accumulation continues (until around 2040), thereafter leading to a moderate C sequestration offset mostly below 47% by 2100. The introduction of N-fixing cover crops allowed higher C accumulation over the initial 20 years, but this gain was progressively offset by higher N2O emissions over time. By 2060, around half of the sites became a net source of greenhouse gases. We conclude that significant CO2 mitigation can be achieved in the initial 20–30 years of any C management scheme, but after that N inputs should be controlled through appropriate management.

Read the full article here and for further consideration of the complexity of the effects of nitrogen flux on C sequestration, see the FCRN’s recent report, Grazed and Confused. See also the Foodsource resource How far could changes in production practices reduce GHG emissions? 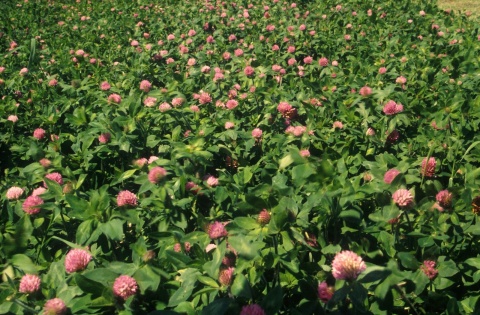