This paper argues that substantially rebuilding the health of marine ecosystems is both necessary for human thriving and achievable within a generation. While marine ecosystems are under pressure from overfishing, pollution, oxygen depletion and other stressors, the authors point out that many remote areas of the ocean are still wild and large populations of marine mammals still exist and are capable of recovering if given the chance.

The figure below shows that both the percentage of ocean covered by Marine Protected Areas and the number of various restoration projects are growing over time.

The figure below shows that, while many populations of fish and marine mammals are either declining or static, a significant proportion of monitored populations are showing growth.

Image: Adapted from Figure 3 of Duarte et al. Left: Current population trends in scientifically assessed fish stocks based on the ratio of the annual biomass B relative to the biomass that produces the maximum sustainable yield (BMSY). Right: Percentage of assessed marine mammal populations that showed increasing or decreasing population trends or showed no change.

The authors estimate that the time taken for marine populations to recover when pressures are removed depends on species, with examples being less than a decade for oyster reefs, 10-40 years for seabirds, 5-40 years for coral reefs and up to 60 years for whales, sea turtles and deep-sea corals and sponges.

They also cite historical examples of (unintended) ecosystem recoveries, including the rebound in fish stocks during the two World Wars (because of lower fishing pressure), the recovery of coral reefs in the Marshall Islands following nuclear testing, and better ocean health in the Black Sea and Adriatic Sea as a result of lower fertiliser application following the collapse of the Soviet Union.

Examples of intentional interventions to protect ocean health include the Convention on International Trade of Endangered Species, the Moratorium on Commercial Whaling, regional catch restrictions on fisheries, United States and European Union policies to reduce nutrient runoff, the Stockholm Convention which regulates many hazardous chemicals, and Marine Protected Areas.

The paper calls for significant steps to be taken to allow ocean health to recover, based on a series of “recovery wedges”, i.e. actions which, in combination with others, will allow “substantial recovery of marine life by 2050”. The most important actions vary by ecosystem type and are set out in this detailed table. For example, in fisheries, managing harvest levels and protecting certain species are the most crucial actions, whereas in coral reefs, the key actions are reducing pollution and mitigating climate change.

Sustainable Development Goal 14 of the United Nations aims to “conserve and sustainably use the oceans, seas and marine resources for sustainable development”. Achieving this goal will require rebuilding the marine life-support systems that deliver the many benefits that society receives from a healthy ocean. Here we document the recovery of marine populations, habitats and ecosystems following past conservation interventions. Recovery rates across studies suggest that substantial recovery of the abundance, structure and function of marine life could be achieved by 2050, if major pressures—including climate change—are mitigated. Rebuilding marine life represents a doable Grand Challenge for humanity, an ethical obligation and a smart economic objective to achieve a sustainable future. 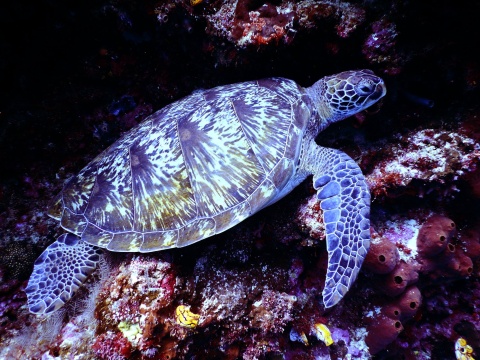