Local crops can feed less than one-third of the population

This paper models the production of six food crops, and finds that only 11-28% of the world’s population (depending on crop) would be able to meet their demands for those crops by using only food produced within a 100 km radius, based on current production and consumption patterns. The aim of the paper is to assess the physical constraints that limit the extent to which food supply can become localised and thus inform the ongoing debates around local food and food sovereignty.

The crop types considered by the paper are temperate cereals (wheat, barley, rye), rice, maize, tropical cereals (millet, sorghum), tropical roots (cassava) and pulses. The authors used an optimisation model to find a food distribution method that links current production and consumption patterns in a way that minimises the distance that would be travelled by each food type.

The paper maps the areas of production and consumption for each food type. For example, the figure below shows that rice production is heavily concentrated in Asia, while rice consumption takes place across the globe.

The paper also maps “foodsheds”: i.e. areas which, for a given crop, could in theory be self-sufficient. The number of foodsheds in the world vary between 515 for tropical cereals and 1377 for pulses.

The paper concludes that it is not possible for current food demand patterns to be supplied only with local food, based on current production patterns. The authors argue that understanding minimum distances travelled by food is important for understanding the complexity of food systems, noting that “Although food trade should not be seen as a panacea for resource management and food security, the local food discourse has also been prone to the ‘local trap’, in which local food production is promoted as the best option and inherently more sustainable than global food supply systems.”

The distance between the origin and end-point of food supply chains, and the ‘localness’ of food systems, are key considerations of many narratives associated with sustainability. Yet, information on the minimum distance to food crops is still scarce at the global level. Using an optimization model based on ‘foodsheds’ (that is, self-sufficient areas with internal dependencies), we calculate the potential minimum distance between food production and consumption for six crop types around the world. We show that only 11–28% of the global population can fulfil their demand for specific crops within a 100-km radius, with substantial variation between different regions and crops. For 26–64% of the population, that distance is greater than 1,000 km. Even if transnational foodsheds were in place, large parts of the globe would still depend on trade to feed themselves. Although yield gap closure and food loss reductions could favour more local food systems, particularly in Africa and Asia, global supply chains would still be needed to ensure an adequate and stable food supply. 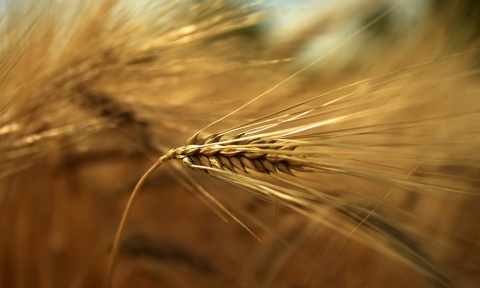