The second edition of Nature’s Matrix sets out the recent state of debate around conservation and agriculture. It argues in favour of small-scale agroecology and food sovereignty.

When first published in 2009, Nature’s Matrix set out a radical new approach to the conservation of biodiversity. This new edition pushes the frontier of the biodiversity/agriculture debate further, making an even stronger case for the need to transform agriculture and support small- and medium-scale agroecology and food sovereignty.

In the first edition, the authors set out a radical new approach to the conservation of biodiversity. This is based on the concept of a landscape as a matrix of diverse, small-scale agricultural ecosystems, providing opportunities to enhance conservation under the stewardship of local farmers. This contrasts with the alternative view of industrial-scale farms and large protected areas which exclude local people. However, since then the debate around conservation and agriculture has developed significantly and this is reflected in this updated second edition. The text is thoroughly revised, including:

By integrating the ecological aspects of agriculture and conservation biology, with a political and social analysis as well as historical perspective, the book continues to set a progressive agenda and appeals to a wide range of students and professionals. 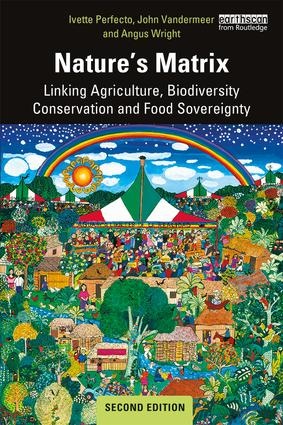