This paper reviews studies where changes in both productivity and species richness have been tracked at the same location, following changes in the intensity of land use. On average, intensifying land use leads to a 20% gain in output and a 9% decrease in species richness, but there is considerable variation between different contexts.

In the paper, low, medium and high intensity of land use are classified using the definitions in the table below.

The paper also distinguishes between different categories of intensification (i.e. changes in the intensity of land use) based on the starting and final intensity of production, as shown in the figure below.

The results show that none of the six classes of intensification considered (e.g. low intensity to high intensity) show a simultaneous increase in both species richness and agricultural yield. As shown in the figure below, the impacts on species richness and yield vary highly between the six classes of transition. In the case of small intensity increases in low-intensity systems (such as a slight increase in stocking density on extensive pasture), neither yield nor species richness were significantly affected (low-low in the figure below). In contrast, intensification from and to a medium-intensity state was found to produce high yield increases (85%) and also large losses in species richness (23%).

Image: Figure 2, Beckmann et al. Change in species richness and yield as a result of conventional land‐use intensification. Mean percentage change in species richness and yield to conventional intensification steps (1st column). The number of samples for species richness/yield cases is given in the second column. Error bars and horizontal points of the diamonds show 95% confidence intervals. The arrow denotes a confidence interval larger than axes. Effect sizes were calculated and analyzed using log response‐ratios, which were back‐transformed and converted to percentage change.

The authors note that one limitation of the study is that the cases sampled only measured species richness on a small spatial scale, which means the influence of surrounding areas on species richness could not be accounted for (for example, if certain species of wildlife live on land near the farms studied, or if nearby ecosystems provided services that contribute to agricultural yield, such as regulating water flow). For further details on the trade-off between biodiversity in agricultural areas and uncultivated areas, see the Foodsource building blocks What is the land sparing-sharing continuum? and What is sustainable intensification?

Read the full paper here. See also the Foodsource building blocks What is sustainable intensification? and What is the land sparing-sharing continuum? 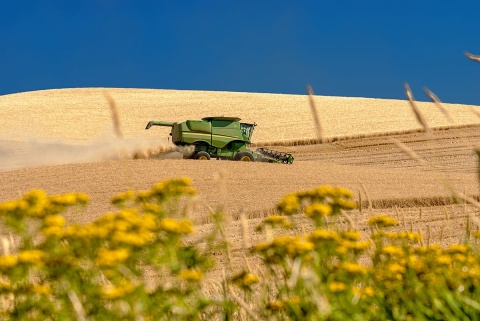