Where the argument diverges is what the wider effects of this are when considering land-system feedbacks. On one side of the argument, intensification increases output per unit of land, thereby requiring less land to meet demand and potentially sparing land that can be used to conserve biodiversity-rich spaces elsewhere (land sparing). On the other, less productive extensive practices support greater farmland biodiversity, but for an equivalent level of food output - in theory - conserve fewer wild spaces elsewhere (land sharing).

To a significant degree, this argument hinges on whether or not land-sparing does actually happen, which depends not just on farming system efficiency, but also on economic feedbacks that affect demand, a factor that is not well understood. This study provides new insight into the true extent of the land sparing effect, by accounting for the feedback effects of agricultural markets on demand for land. It models both supply and demand for agricultural goods to evaluate how consumer and producer welfare (wealth), land use, and biodiversity are affected under intensive and extensive farming systems at market equilibrium (when demand and supply are optimally matched). This differs from previous research, which does not model these feedbacks, but rather makes comparisons of the land sparing versus land sparing effects, for fixed levels of production.

The findings also reveal an important tradeoff. More extensive farming, while found to be optimal for biodiversity, resulted in a fall in consumer and producer surplus (wealth) as a result of increases in the prices. However avoided costs of the environmental externalities avoided were not included to assess overall welfare.

One way to facilitate land sparing, is through ‘active land sparing’ where conservation zoning is used to specifically designate land where biodiversity is prioritised. This might be through bans on production in certain sensitive areas, or through mandatory levels of fallow or set-aside land. When implementing active land sparing in the model, the rebound effect of intensive farming was found to increase demand for land, thereby incentivising encroachment into conservation zones - although the extent to which this could happen in reality would depend on the rigour of enforcement. This encroachment incentive was higher when farming is intensive for most simulations. From this result, the conclusion drawn by the study is that farming intensification increases the difficulty of implementing active land sparing, through land-use zoning for biodiversity.

The authors argue that smaller production levels in the scenario with extensive rather than intensive farming would primarily affect the feed production sector. They also argue that the loss of food security caused by an increase in food prices would be mitigated by several effects that are not integrated in the modeling framework, including improved living conditions for poor farmers as a result of higher prices, the provision of enhanced ecosystem services, and the positive long-run effect of biodiversity on yields and their resilience to shocks. Potential impacts on food availability are not discussed.

It should be emphasised that this study is a highly theoretical modelling exercise rather than an empirically based study. As such, many simplifying assumptions are made, including a necessary oversimplification of the relationship between biodiversity and yields. However, the authors argue that their results a robust to unfavorable assumptions, and if anything, are conservative and may well underestimate the set of scenarios in which extensive farming produces a better outcome than intensive farming does.

Above all, these findings emphasise that biodiversity benefits from agricultural intensification, resulting from land-sparing, cannot be assumed to take place and are mediated via market feedbacks.

Further FCRN resources on the topic of sustainable intensification and rebound effects can be found in the research library here and here. 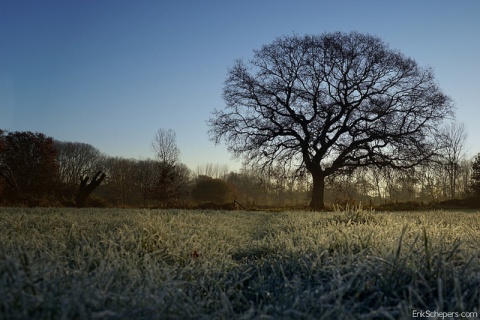