A key debate: how valid are findings that local species richness is stable or increasing?

A perspective piece and an editorial have featured in the same edition of Biological Conservation (March 2018): both tackle a recent debate among conservation biologists as to whether at a local level biodiversity or species richness is changing and in what direction.

A slew of recent research papers has found that despite global declines in species richness, at a local level species richness may be increasing or stable and that this is grounds to re-evaluate the goals of conservation. Predictably, this has led, according to the two articles presented here, to a critical backlash from those in the conservation biology field concerned about the validity of the findings and the implications for conservation of such findings being widely reported. The ensuing hot debate has been, argues the perspective piece, dispersed across a variety of meetings and journals and requires distilling.

The history of the debate as reported by the perspective piece is briefly: a number of papers in the late 90s and early 2000s found that rates of introduction of species to local areas often cancel out or even outweigh rates of local species loss, leading to stable or even increasing species richness at local scales. These studies were fairly disparate, so multiple recent attempts have been made to meta-analyse these data. Two separate approaches were taken to these meta-analyses: spatial comparisons between disturbed and undisturbed sites, and time-series analyses, examining data from repeated measurements at specific locations around the globe. The findings of the former type of meta-analysis have generally aligned with the accepted view that local species richness is declining as a result of human activities. But the time-series based meta-analyses have suggested that despite high species turnover across locations, there has not been a systematic decline in local species richness (species richness has increased in some places and decreased in others, but generally cancelled out). The publication of these findings sparked a fierce debate about whether the existing narrative of conservation biology - that biodiversity is declining at all spatial scales - needs to be overturned, or whether the analyses and conclusions drawn from them are flawed.

The main section of the perspective piece provides an analysis of the arguments put forward by four key papers: the two original and most widely-cited meta-analyses presenting the time-series data and controversial conclusions thereof (from 2013 and 2014), the most comprehensive critique of these papers (from 2016), and a subsequent recent (2017) response to these criticisms by the original authors. The four main criticisms of the time-series meta-analyses are, according to both the perspective piece and the editorial, that the analyses:

The perspective piece outlines these arguments in some detail, as well as presenting the counter-arguments made subsequently by the original meta-analysis authors. The counter-arguments included that: 1) while there were geographic biases in the meta-analysis, these would be unlikely to have impacted on the conclusions drawn, given that the small amounts of data the authors have pertaining to the under-represented areas show the same trends; 2) the criticisms of biases with respect to both spatial representation and drivers could be levelled at any major ecological study; 3) both disturbance and recovery from it are important to consider; and 4) the first data points of each time-series served as baselines. The perspective piece acknowledges some legitimate points raised by the counter-arguments but also emphasises a number of logical flaws or failures to fully address the criticisms levelled at the meta-analyses.

The perspective piece goes on to conclude that the controversial conclusions drawn from the meta-analyses have been made prematurely, and they set out their recommendations for future time-series meta-analyses. Namely: make hypotheses clear and data representative; focus on high quality datasets, not just large numbers of datasets; quantify other measures of biodiversity, not just species richness (more on this below); and to appropriately weigh data based on its representativeness, relevance and others strengths and weaknesses, rather than taking data as simply “valid or not”.

The editorial additionally delves into the questions of the ethics and values associated with such scientific debates, and the value of reporting controversial findings. The authors of the editorial argue that in spite of the very reasonable criticisms of the meta-analyses, the publishing of these meta-analyses has drawn attention to some very important points about biodiversity research in general, namely: 1) that the decline in global biodiversity is not in question by anyone; 2) that species richness as a measure of biodiversity is problematic in its simplicity, because a replacement of native species with invasive species may look like no decline in biodiversity but still represents a potentially problematic change in biodiversity; and 3) that using simple measures of biodiversity such as species richness to inform conservation goals and investment is problematic because local-scale conservation has many more goals than simply preserving species richness: it is concerned also with preserving ecological processes and functions, other components of biodiversity (such as genetic diversity), healthy populations (i.e. population size and stability) and other values assigned to specific ecological communities.

The editorial concludes by advocating for the value of such debates and commending the honesty of all the authors concerned in the debate.

(From the perspective piece by Cardinale et al.)

Recently, a debate has developed over how biodiversity is changing across the planet. While most researchers agree species extinctions are increasing globally due to human activity, some now argue that species richness at local scales is not declining as many biologists have claimed. This argument stems from recent syntheses of time- series data that suggest species richness is decreasing in some locations, increasing in others, but not changing on average. Critics of these syntheses (like us) have argued there are serious limitations of existing time-series datasets and their analyses that preclude meaningful conclusions about local biodiversity change. Specifically, authors of these syntheses have failed to account for several primary drivers of biodiversity change, have relied on data poor time-series that lack baselines needed to detect change, and have unreasonably extrapolated conclusions. Here we summarize the history of this debate, as well as key papers and exchanges that have helped clarify new issues and ideas. To resolve the debate, we suggest future researchers be more clear about the hypotheses of biodiversity change being tested, focus less on amassing large datasets, and more on amassing high-quality datasets that provide unambiguous tests of the hypotheses. Researchers should also keep track of the contributions that native versus non-native species make to biodiversity time trends, as these have different implications for conservation. Lastly, we suggest researchers be aware of pros and cons of using different types of data (e.g., time-series, spatial comparisons), taking care to resolve divergent results among sources to allow broader conclusions about biodiversity change.

The original articles can be read here (perspective) and here (editorial), and further news coverage can be found here. See also the Foodsource resource How do food systems affect land-use and biodiversity? 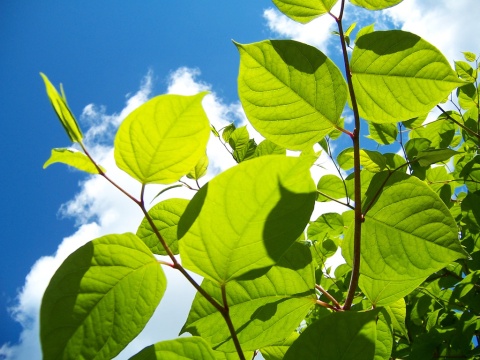