Just conservation: What is it and should we pursue it?

This paper sets out principles of what the authors call “just conservation”, aiming to find a balance between the conservation of nature and social justice. The authors propose two principles to guide decision-making: the non-anthropocentric principle and the safeguard principle.

Conservation efforts and social justice can sometimes conflict. For example, protected wild animals may kill a farmer’s livestock, or indigenous people may hunt endangered species, or wildlife habitats may be destroyed to grow food.

How should those conflicts be resolved? The authors say that it would be anthropocentric to always prioritise social justice and misanthropic to always prioritise conservation. Traditional conservation conflict resolution tries to find win-win situations for the humans involved, valuing non-humans only as far as they serve humans. Sometimes, the outcomes are distorted by power dynamics between the participants. The authors hope, instead, to develop a framework of principles for socially-just conservation.

Non-anthropocentrism argues that at least some non-humans (individual organisms, or ecosystems and populations, depending on the school of thought) have intrinsic value and that it would be wrong to infringe upon their wellbeing without good reason. Principles of just conservation would help us to decide what counts as a good reason.

The authors propose a variant of the veil of ignorance thought experiment, where the rules of society are decided by someone who does not know in advance what place they will have in that society, including (in this case) whether they will be human or non-human. They suggest that the result is the non-anthropocentrism principle, which they define as

“No human should infringe on the well-being of others any more than is necessary for a healthy, meaningful life.”

where “others” includes any human or non-human with intrinsic value. The non-anthropocentrism principle is similar to other concepts, including the capability approach to justice, the law of equal liberty and ecophilosophy and deep ecology.

While the non-anthropocentrism principle is not entirely human-centred, it does prioritise human wellbeing while being only “minimally just towards non-humans”. Since the paper does not go into the details of how the non-anthropocentrism principle was derived from the veil of ignorance test, it is not clear why the thought experimenter would choose this principle when they risk having fewer safeguards to their wellbeing as a non-human than a human. It is also not clear how the veil of ignorance test applies to non-conscious entities such as a tree, a species or a whole ecosystem.

How might the non-anthropocentrism principle be applied in practice? Say that a logger loses their job because of forest protections. Is their loss socially just? To decide, the authors propose a further principle: the safeguard principle, which they define as

“If a significant and genuine conservation interest calls for restricting a human interest, that restriction should occur except when doing so would result in injustice. When the restriction would be unjust every effort should be made by all involved parties to mitigate the restriction to the point of no longer being unjust.”

Unjust losses are judged according to need, equality and desert (the noun form of deserve). In other words, unjust losses are those that stop the victim from living a healthy and meaningful life, contribute to extreme inequality of opportunity or outcome or are due to (say) malicious actions. The authors state that the concept of a “healthy, meaningful life”, which may appear vague, is actually well supported by research from the social and behavioural sciences.  While unjust losses should be avoided, misfortunate losses may be permissible, i.e. those that cause some harm but not to the extent of creating unmet needs.

Efforts to realize conservation are often met with stakeholders contending that particular conservation actions are unfair for conflicting with their basic interests. A useful lens through which to view such conflict is social justice, which may be considered the fair treatment of others judged according three principles: equality, need, and desert (noun form of deserve). We formally demonstrate that (i) the subject of social justice (others) includes many non-human elements of nature and (ii) realizing conservation that is also socially just requires being guided by a non-anthropocentrism principle, whereby no human should infringe on the well-being of others any more than is necessary for a healthy, meaningful life. The concept, “healthy, meaningful life” is less vague and subjective than might be presupposed. That concept is for example subject to considerable objective reasoning through social and behavioral sciences. We indicate how realizing socially-just conservation requires another guiding, safeguard principle: If a significant and genuine conservation interest calls for restricting a human interest, that restriction should occur except when doing so would result in injustice. When the restriction would be unjust every effort should be made by all involved parties to mitigate the restriction to the point of no longer being unjust. This principle covers concerns often raised when conservation is opposed – e.g., financial costs, loss of cultural tradition. We explain how these two principles are neglected or excluded by many methods for resolving conservation conflicts and collaborative governance of natural resources.

Read the full paper here. See also this blog piece for a summary of the paper. The Foodsource resource What about the relationship between food, culture, ethics and social norms? also has some relevant information. 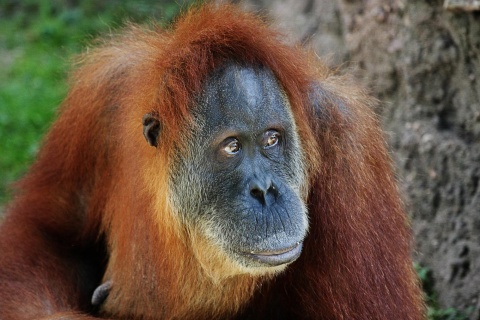