Growing millet next to a woody shrub native to West Africa could increase biomass by over 900% compared to growing millet alone, according to this paper. The shrub, Guiera senegalensis J.F. Gmel, has tap roots that can reach water deep in the soil. The study traced the movement of water from the shrub’s deep roots to the millet stems in a simulated drought.

As shown in the figure below, the mass of millet that was produced was considerably higher when millet was intercropped with the shrub, compared to being grown alone. The millet grown with the shrub also produced over seven times greater mass of panicles (flowers). Grain yield was not measured because of bird damage to the test plots. Hydraulic redistribution (HR) by woody vegetation has been proposed as a potential water source for crops in intercropped systems. The native woody shrub, Guiera senegalensis J.F. Gmel, grows in the fields of farmers across the African Sahel and has shown profound yield benefits to associated pearl millet (Pennisetum glaucum) crops, especially in drought years. We tested whether this benefit resulted from the shrubs performing hydraulic redistribution (HR) with pearl millet using some of this HR water. During an experimentally imposed drought, an enriched deuterium (2H) water tracer applied to 1 m deep roots of G. senegalensis shrubs was detected (2H ≥ +300‰) in aboveground stems of intercropped millet within 12–96 h of tracer introduction. The only viable path for the 2H-enriched H2O into millet was via HR by the shrubs, which confirmed active HR during the time when growing millet was under severe drought stress. Millet biomass production when intercropped with shrubs was over 900% greater than crops grown without shrubs present. Improvement of growing conditions previously found near shrubs cannot fully account for the benefit to associated millet under extreme drought stress without considering the positive impact of the transfer of HR water. This finding illuminates HR and water transfer as an important mechanism in a successful agroforestry system in a region where food security is a serious issue.

Read the full paper here. See also the Foodsource resource How do the climate and environment directly affect the conditions required for food production? 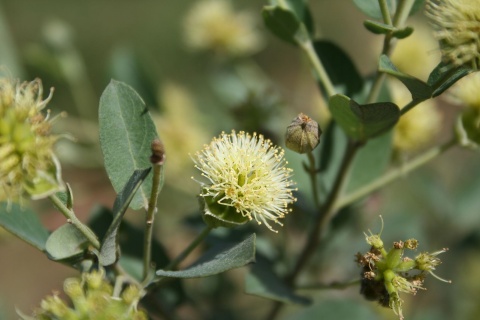