Biofuel policies have been a major driver of rising prices for biofuel crops around the world, such as rapeseed, corn and soy. In this paper researchers take France as an example and show that a tax of €0.05–0.27 per kg of fertiliser could help to limit French farmers’ use of fertiliser (driven by the high rapeseed prices resulting from biofuels policy).

They argue that this could help limit fertilisers’ environmental impacts, such as water pollution caused by nitrogen run-off, biodiversity loss due to land-use change, air pollution from fertiliser and the release of greenhouse gases through changes in land use.

The model used in this study was based on the researchers’ observations of the behaviour of around 500 farmers in the department of Meuse, north-east France, between 2006 and 2009. Although the researchers’ estimates are based on just one group of farmers from one French department, they say that the data on fertiliser use are representative of many regions in France. In a structural multi-output econometric model of individual farms the researchers finds that as higher rapeseed prices increase demand for both fertilizers and pesticides, they also encourage farmers to expand the area allocated to rapeseed. By increasing crop prices, biofuel policies may thus have adverse environmental effects. The study suggests that high rapeseed prices may encourage farmers to expand production of this crop at the expense of barley and set-aside land, which is important for biodiversity. Pesticide demand is also estimated to rise with higher rapeseed prices, by 0.33–1.6%, depending on the crop price.

World crop prices increased dramatically during the period 2006–2009. In this context of high crop prices, farmers may tend to increase the amount of agro-chemical inputs they use in order to increase yield and manage risks related to crop production. These practices could, however, have potentially adverse environmental effects in terms of loss of biodiversity and increased water and air pollution. This study uses a structural econometric model to measure the effects of crop prices on demand for agro-chemical inputs and land allocation. We study individual farms observed in the period 2006–2009 in the French Département de la Meuse. We estimate a multi-output profit function using farm-level panel data. Our results show that an increase in the rapeseed price, which is the principal feedstock for the production of biodiesel in France, has a positive and significant effect on demand for agro-chemical inputs. Higher rapeseed prices also induce an expansion in the land area allocated to rapeseed at the expense of barley and set-aside. These results suggest that changes in the rapeseed price, partly driven by biofuel policies, induce changes in demand for chemicals and land allocation which may have potentially adverse effects on the environment.

You can find related resources in the research library categories on biodiversity and ecosystems, biofuel, fertiliser use. 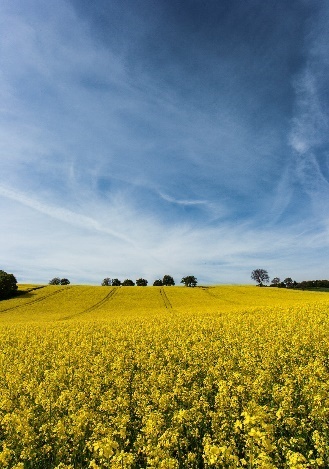