In this paper, the researchers present their data from a survey of 253 male participant fishers, from randomly selected households, who completed four periodic surveys (in private and in their local language) that were designed to capture:

Contrary to previous findings in agricultural systems, in this study, there was no effect of illness on whether an individual was fishing at a given time point. When the researchers grouped fishing methods by their legality – comparing legal offshore methods and illegal inshore methods – they found that, when ill, fishers were 43% more likely to use only legal methods and 69% more likely to use any illegal method. Physical health, as opposed to mental health or a combination, drove this relationship.

Destructive fishing practices and unsustainable harvest are major concerns throughout global fisheries – this includes at Lake Victoria. The researchers say that the fishing methods used at Lake Victoria are representative, and similar techniques are found in coastal, near-shore fisheries as well as at the extensive global inland fisheries.

These results show fisher vulnerability – and thereby resource vulnerability – may be closely related to the health of resource users. The paper concludes that meeting the basic healthcare needs of communities who rely on natural resources may be important for ensuring environmental sustainability. Also, they argue that there is a need for institutions and organisations who protect the environment to better consider the health of communities. The researchers emphasise that there is a complex relationship between human health and the use of natural resources.

Understanding feedbacks between human and environmental health is critical for the millions who cope with recurrent illness and rely directly on natural resources for sustenance. Although studies have examined how environmental degradation exacerbates infectious disease, the effects of human health on our use of the environment remains unexplored. Human illness is often tacitly assumed to reduce human impacts on the environment. By this logic, ill people reduce the time and effort that they put into extractive livelihoods and, thereby, their impact on natural resources. We followed 303 households living on Lake Victoria, Kenya over four time points to examine how illness influenced fishing. Using fixed effect conditional logit models to control for individual-level and time-invariant factors, we analyzed the effect of illness on fishing effort and methods. Illness among individuals who listed fishing as their primary occupation affected their participation in fishing. However, among active fishers, we found limited evidence that illness reduced fishing effort. Instead, ill fishers shifted their fishing methods. When ill, fishers were more likely to use methods that were illegal, destructive, and concentrated in inshore areas but required less travel and energy. Ill fishers were also less likely to fish using legal methods that are physically demanding, require travel to deep waters, and are considered more sustainable. By altering the physical capacity and outlook of fishers, human illness shifted their effort, their engagement with natural resources, and the sustainability of their actions. These findings show a previously unexplored pathway through which poor human health may negatively impact the environment. 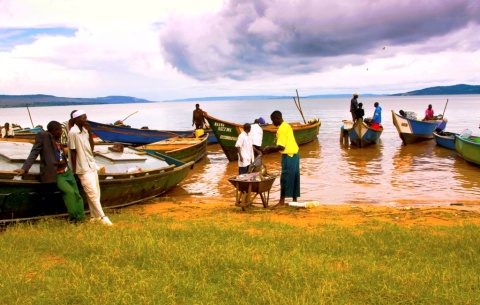