The hidden linkages between urbanization and food systems

This short perspective in the journal Science reviews how the rise of urbanization is transforming food systems in many areas, and argues for further research on this topic.

Between 1970 and 2000, the global urban footprint expanded by 58,000 km2 with generous projections to 2030 seeing built-up areas nearly tripling in size. The authors say that although there has been some analysis of the direct effects of urbanisation on diet, research on the links between urbanisation and food systems more generally, and in relation to resource use and the environment in particular are lacking. The figure accompanying the article (copied) shows some of these connections:

The paper highlights some of the following issues that merit further exploration:

●      Urbanisation and changing dietary patterns are linked in complex ways, with income and economic development, levels of education, physical access, changing time allocations, and exposure to new dietary lifestyles, fads and norms all playing a part and influencing not just the type of food demanded but their provisioning (transport, packaging ICT etc).  All this has implications for levels of packaging, resource and energy demand and food waste.

The paper concludes by saying:

“Most discussions of food security focus on how to sustainably provide for a world of 9 to 10 billion people in 2050. Much less attention has been paid to the fact that ~6.5 billion of these people will live in urban areas and that the transformation toward a more urbanized society will have many consequences for food systems. The overwhelming effects will be indirect. To achieve food security in the urban century, we urgently need more research that unravels how these two systems are linked.” 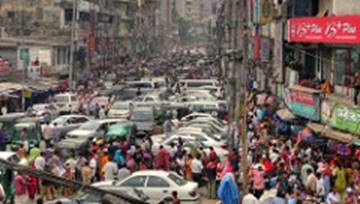