This research identifies the major crops and countries contributing to groundwater depletion. The authors found that 11 percent of unsustainable groundwater used for irrigation is embedded in international crop trade. They highlight the main exporters and importers of these crops, and the associated risks for local and global food and water security.

Alarming rates of groundwater depletion worldwide are primarily due to crop irrigation: global groundwater depletion for irrigation (GWD) has increased by 22% in ten years, from 240 km3 in 2000, to 292 km3 in 2010. Depletion of aquifers threatens the sustainability of food production and causes  environmental degradation. The authors use this Letter in Nature to introduce this problem and their model which investigates GWD-based crop production and international food trade, then outline their main findings and resulting recommendations. The comprehensive methods used in the study are available in the online version of the paper.

The study uses global crop production data (from FAOSTAT) combined with 26 crop-specific GWD estimates (nonrenewable groundwater abstraction; based on the MIRCA2000 dataset and hydrological data), to estimate the GWD intensity - GWD per unit crop. This information is then used to estimate the volume of GWD embedded in international trade for the years 2000 and 2010. The authors point out that their origin-tracing algorithm reassigns GWD intensity to the country of production, rather than an intermediary country re-exporting crop commodities.

Some key findings (directly from the paper) are:

The exporters and importers of GWD-based crops are illustrated in the Figure below. The authors say that two phenomena could be responsible for the comparatively smaller share of GWD embedded in international crop trade (11%), relative to the share of food production being traded (18%): crops with relatively smaller GWD intensity being traded more than others, or countries with relatively less GWD exporting more than others. 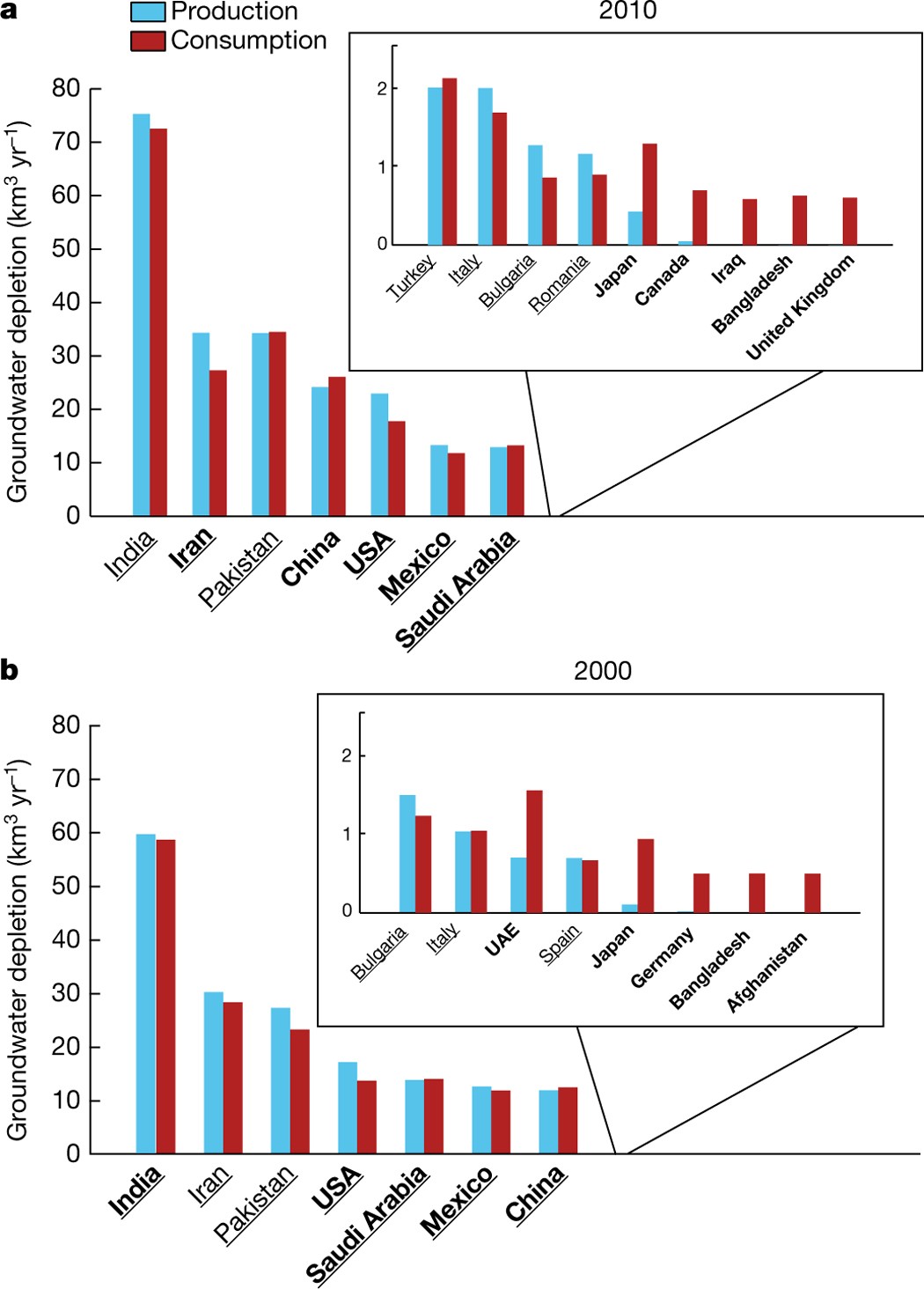 The authors also point out that although countries exporting GWD-based crops currently benefit from the trade, the unsustainable exploitation of groundwater cannot indefinitely support production and as such it represents a threat to global food security. They recommend that countries importing GWD-based crops should support sustainable irrigation practices by their trade partners; because they may be scarce in water themselves and not able to substitute imports with local production, and also because in so doing, they share responsibility for the environmental damage and reduced water availability.

The study concludes by saying that  further modelling is required to forecast the exhaustion time of aquifers and to establish future water supply and demand trends.

Recent hydrological modelling and Earth observations have located and quantified alarming rates of groundwater depletion worldwide. This depletion is primarily due to water withdrawals for irrigation, but its connection with the main driver of irrigation, global food consumption, has not yet been explored. Here we show that approximately eleven per cent of non-renewable groundwater use for irrigation is embedded in international food trade, of which two-thirds are exported by Pakistan, the USA and India alone. Our quantification of groundwater depletion embedded in the world’s food trade is based on a combination of global, crop-specific estimates of non-renewable groundwater abstraction and international food trade data. A vast majority of the world’s population lives in countries sourcing nearly all their staple crop imports from partners who deplete groundwater to produce these crops, highlighting risks for global food and water security. Some countries, such as the USA, Mexico, Iran and China, are particularly exposed to these risks because they both produce and import food irrigated from rapidly depleting aquifers. Our results could help to improve the sustainability of global food production and groundwater resource management by identifying priority regions and agricultural products at risk as well as the end consumers of these products.

See also our two blog-posts on water scarcity by our members: 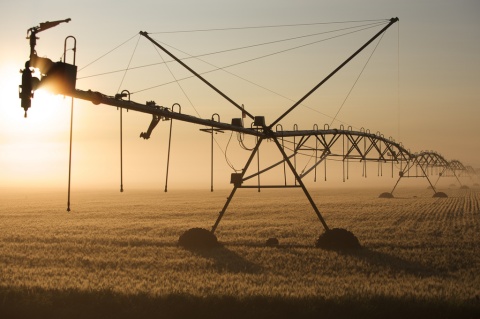