This paper in the journal Food Security analyses the genetically modified (GM) seed industry. The paper states that since many scientists, policymakers and citizens are calling for sustainable intensification of global agriculture (providing high yields and incomes without adverse environmental impacts) it is crucial to discuss the important role of the seed sector in such plans. The paper “Taking Stock of the Genetically Modified Seed Sector Worldwide: Market, Stakeholders, and Prices” assembles comprehensive data on the contemporary GM seed industry and its importance within the seed sector as a whole.

It also assesses some specific economic issues within the sector, including its structure, concentration, seed costs to farmers, and how these costs have changed over time. It does not address issues of patents or farmers’ rights to save seeds, motivated by the fact that these issues have already generated an abundant literature.

The paper shows that concentration in the seed sector, and particularly in the GM seed sector, is very high and likely to increase further. One concern is that the concentration, reflected by the growing proportion of GM seeds in overall commercial seed sales that reached almost one-third in 2013, will result in agriculture and food being controlled by a small number of transnational corporations who would only cultivate a small number of highly profitable crops. However, it is noted that although some big seed companies have acquired many other enterprises and today represent a high share of global seed sales, the economic weight of the seed industry remains small within the food chain. The authors state that GM seeds may be profitable despite their additional costs associated with production, if there is a decrease in costs of other input costs (such as pesticides) or by a slightly higher gross profit. One concern however is that with the rise in prices of seeds combined with the trend toward gene stacking, there is a risk of a decrease in the supply of non-GM seeds.

The authors recommend that seed genetic value should be given a high priority and not be undervalued relative to technology fees. Even if certain GM traits can be useful, the authors argue that the potential of genetic engineering must not be overestimated as a means of improving food security. Many other aspects and tools of plant breeding are essential, including widening the genetic diversity of crops, better adaptation to local conditions, genomics and other technologies, as well as all the many other aspects of agricultural production.

The controversy over whether sustainable intensification should rely on GM crops or if smallholder farming and participatory breeding is better remains unresolved, but the authors argue that modern plant breeding methods and biotech applications should not be opposed to agroecological methods, but rather should be combined with them when possible.

The seed sector has become a subject of attention, debate, and even controversy with the development of genetically modified (GM) crops. However, this sector is generally rather poorly known. This paper aims to take stock of the economy of transgenic seeds in order to better understand the structure of this seed sector, its size, stakeholders, pricing, and major trends. The global market of the various types of seeds (saved, conventional, and transgenic) is first presented, as well as some aspects of their development, such as the significant consolidation in the past few decades. Next, the economic characteristics of the transgenic seed sector are analysed: actors, research and development expenditures, and the value of technology fees. In the final section, the cost of transgenic seeds is studied at the farm level, notably through the case of soybeans in the United States. The rise in transgenic seed prices over time is analysed as well as some repercussions of the growing trend toward the use of stacked traits. The conclusion highlights some issues related to the use of transgenic seeds from the point of view of seed and food security.

Read more about GM crops on our website here. 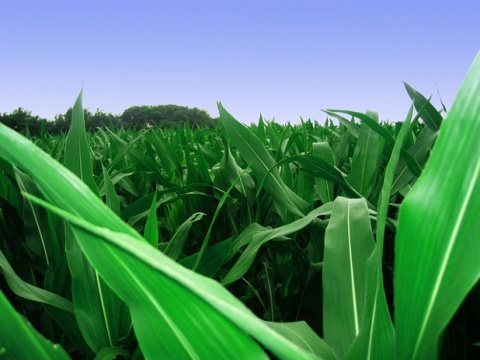