A future food vision for the Nordic countries

In a paper by FCRN member Johan Karlsson of the Swedish University of Agricultural Sciences, researchers worked together with NGOs to iteratively develop a vision for the future of food production in the Nordic countries. The final vision is based on organic farming and lower meat consumption with livestock fed only on pasture and by-products from food production.

According to models developed by the researchers, this system could feed 37 million people - more than the estimated 2030 population of the Nordic countries, which is around 28 million people. However, Norway could only provide 51% of its own projected food needs in 2030 using this system, while Denmark could provide 262%.

Compared to current consumption patterns, the proposed new diet contains 97% less non-ruminant meat and 44% less ruminant meat. The decrease in meat consumption would be compensated for by additional consumption of cereals, legumes and vegetable oil.

The new diet has, the paper concludes, some health benefits, such as reducing red meat consumption to below the maximum level recommended by the World Cancer Research Fund and, in contrast to current diets, meeting recommended levels of folate intake. However, the new diet also presents some nutritional challenges, such as insufficient levels of vitamins A and D, riboflavin, iodine, iron, and selenium. Most of those micronutrients (except for vitamin A and iodine) are also too low in current Nordic diets.

The paper explicitly acknowledges and discusses the impacts that certain value judgements had on the final food vision. For example, stakeholders’ preference for an agroecological farming system meant that a purely plant-based diet was not practical, as the farming system chosen used livestock to produce food from grass-legume leys as part of a crop rotation system. Meanwhile, the judgement that the Nordic region has a moral responsibility to produce as much food as possible, since it may be one of the few areas to benefit from climate change, resulted in a preference for local food production.

The development of future food systems will depend on normative decisions taken at different levels by policymakers and stakeholders. Scenario modeling is an adequate tool for assessing the implications of such decisions, but for an enlightened debate, it is important to make explicit and transparent how such value-based decisions affect modeling results. In a participatory approach working with five NGOs, we developed a future food vision for the Nordic countries (Denmark, Finland, Norway and Sweden) through an iterative process of defining the scenario, modeling, and revising the scenario, until a final future food vision was reached. The impacts on food production, land use, and greenhouse gas emissions, and the resulting diets in the food vision, were modeled using a mass flow model of the food system. The food vision formulated was an organic farming system where food is produced locally and livestock production is limited to “leftover streams,” i.e., by-products from food production and forage from pastures and perennial grass/clover mixtures, thus limiting food-feed competition. Consumption of meat, especially non-ruminant meat, was substantially reduced compared with current consumption in the Nordic countries (− 81%). An estimated population of 37 million people could be supplied with the scenario diet, which uses 0.21 ha of arable land and causes greenhouse gas emissions of 0.48 tCO2e per diet and year. The novelty of this paper includes advancing modeling of sustainable food systems by using an iterative process for designing future food visions based on stakeholder values, which enables results from multidisciplinary modeling (including agronomy, environmental system analysis, animal and human nutrition) to be fed back into the decision-making process, providing an empirical basis for normative decisions and a science-based future vision of sustainable food systems.

The paper Defining a land boundary for sustainable livestock consumption by Hannah van Zanten takes a similar approach to livestock production, by examining the case where livestock is fed only on pasture and waste streams. For a summary of the paper, see the blog post A role for livestock in a sustainable food system. 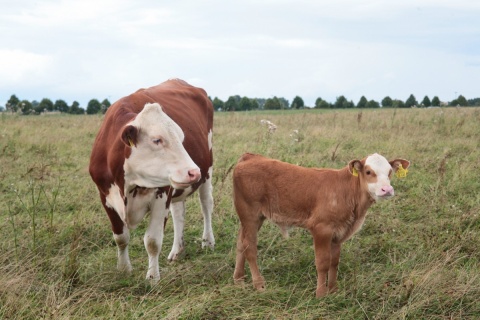