This report from the Food Research Collaboration, by Gary McFarlane, Tony Lewis and Tim Lang, argues that the Brexit negotiations have neglected the importance of the transport of food into, out of and through Northern Ireland.

The report points out that, if the UK leaves the European single market and customs union, border controls between Northern Ireland and the Republic of Ireland may be necessary, which could create costs for food businesses and slow down deliveries. The report notes that the single market has made it easier for people in Northern Ireland to access some healthy foods, such as fruit and vegetables. 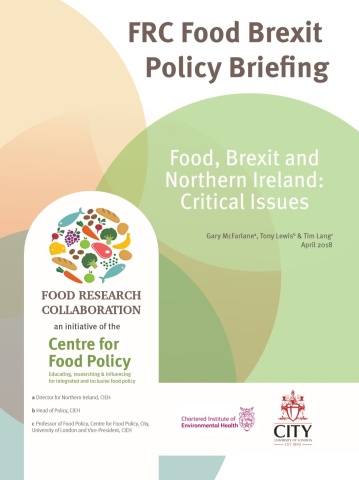