Urban population growth is extremely rapid across Africa and this book places urban food and nutrition security firmly on the development and policy agenda. It shows that current efforts to address food poverty in Africa that focus entirely on small-scale farmers, to the exclusion of broader socio-economic and infrastructural approaches, are misplaced and will remain largely ineffective in ameliorating food and nutrition insecurity for the majority of Africans.

Using original data from the African Food Security Urban Network’s (AFSUN) extensive database it is demonstrated that the primary food security challenge for urban households is access to food. Already linked into global food systems and value chains, Africa’s supply of food is not necessarily in jeopardy. Rather, the widespread poverty and informal urban fabric that characterizes Africa’s emerging cities impinge directly on households’ capacity to access food that is readily available. Through the analysis of empirical data collected from 6,500 households in eleven cities in nine countries in Southern Africa, the authors identify the complexity of factors and dynamics that create the circumstances of widespread food and nutrition insecurity under which urban citizens live. They also provide useful policy approaches to address these conditions that currently thwart the latent development potential of Africa’s expanding urban population. 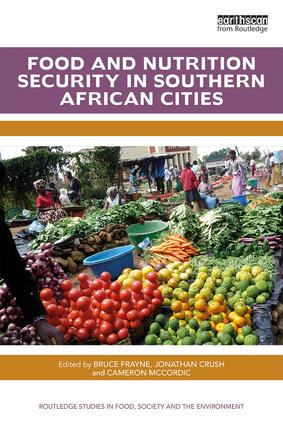