One of the main concerns about bioenergy is that its production potentially competes with land needed to produce food.  In this paper researchers discuss the potential of a bioenergy feedstock/vegetable double-cropping system, in which both biofuel and pumpkin are produced.

Field trials were carried out as part of the study and showed that pumpkin yields in the double-cropping system were comparable to conventional pumpkin production. The biomass feedstock also yielded an average of 4.4 tons per acre of dry biomass prior to pumpkin planting indicating that a yield of 349 gallons of ethanol per acre would be possible. It also found that these systems could potentially yield a greater income from farmers than from typical monocropped pumpkin production alone even when the cropping systems were not optimized, suggesting these economic estimates are likely conservative.

Certain warm-season vegetable crops may lend themselves to bioenergy double-cropping systems, which involve growing a winter annual bioenergy feedstock crop followed by a summer annual crop. The objective of the study was to compare crop productivity and weed communities in different pumpkin production systems, varying in tillage, cover crop, and bioenergy feedstock/pumpkin double-cropping. Using a fall-planted rye (Secale cereale) + hairy vetch (Vicia villosa) mixture as a candidate feedstock, on average 9.9 Mg ha−1 of dry biomass was produced prior to pumpkin planting. Pumpkin yields in the cover crop system, which involved leaving the bioenergy feedstock on the soil surface, ranged from 49% to 65% of the conventional pumpkin system. When the bioenergy feedstock was removed, pumpkin yields in the feedstock tillage system were comparable to the conventional pumpkin system. Weeds remained problematic in all cropping systems; however, cropping systems without tillage (i.e. no-tillage and feedstock no-till systems) had among the highest weed population densities in pumpkin. The feedstock tillage system reduced potentially leachable soil N in the spring, produced enough bioenergy feedstock to theoretically yield an estimated 3260 liters of ethanol ha−1 without negatively affecting processing pumpkin yield, and had a farmgate value comparable to, or greater than, the conventional pumpkin production system currently used by growers. 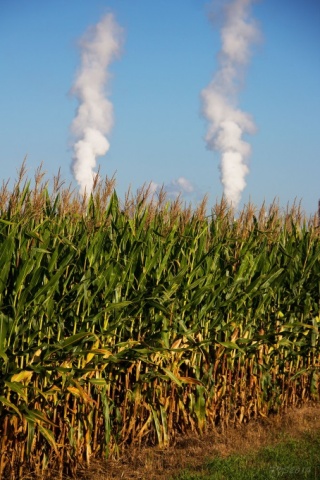