Fisheries often discard large quantities of unwanted catches at sea, but policies are being brought in to limit such discards. According to this paper, Northern gannets (seabirds) rely more on fishery discards in years when there are shortages in their natural prey (mainly mackerel) - shortages that may be due to pressure from fisheries. The paper argues that fishery discards are not an adequate substitute for natural prey.

Specifically, individual birds that rely heavily on discards in their diet are more likely (compared to birds that eat more natural prey) to expend more effort during foraging and have thinner pectoral muscles. They may also be less likely to breed successfully.

If fishery discards are to be banned, the authors argue, simultaneous efforts should be made to rebuild natural prey populations, e.g. by reducing the fishing of mackerel.

Fisheries modify ecosystem balance by harvesting through marine food webs and producing large amounts of discards subsidizing scavengers. Among them, seabirds are the most conspicuous and have been benefiting from anthropogenic food sources generated by fisheries. However, this modified feeding behaviour also exposes them to threats, such as accidental bycatch on fishing gear and ecological traps set by discards of lower nutritional value compared to seabird natural prey. Seabird-fishery interactions have been the focus of numerous studies, but very few integrative investigations tested multi-annual dynamics. To explore this temporal dimension, we performed stable isotopic and body condition analyses, as well as GPS-tracking in Northern gannets (Morus bassanus) over a 12-year period (2005–2017), during which they coexisted with fisheries in the English Channel. We demonstrate that gannets fed either on natural prey, or fishery wastes, but that discard consumption induced increased seabird foraging effort and reduced adult body condition. These changes are concomitant with reduced gannet reproductive success, and reduced growth rate of their breeding population. Our work provides essential, novel understanding of scavengers-fisheries interactions, by showing that fishery discards do not compensate natural prey shortage in the longer term. Altered gannet foraging and fitness strongly suggest pelagic fish depletion threatening Northern gannets in the English Channel. To improve gannet conservation in this ecoregion, fishery discards may be banned, but, efforts should in priority go towards rebuilding Northern gannet pelagic prey populations, particularly by strongly reducing fishing effort on North Atlantic mackerel.

Read the full paper here. See also the Foodsource resource How do food systems affect fish stocks and marine habitats? and the Foodsource building block What is food loss and food waste? 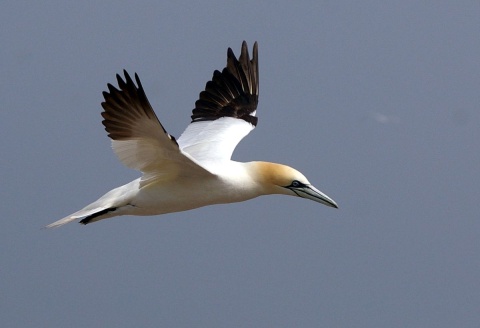