Fighting hunger without pressuring the environment

This paper explores ways of ending hunger without causing excessive environmental damage. It finds that ending hunger through economic growth alone (an approach that would try to increase overall food availability without addressing food consumption inequality) would require 20% more food production by 2030 than in business-as-usual, as well as generating higher carbon emissions and using more agricultural land.

On the other hand, 9% less food overall would be required and environmental impacts would be decreased if both over- and under-consumption were addressed in conjunction with reducing food waste and intensifying agricultural production.

The figure below shows the environmental impacts of each of the scenarios relative to a baseline scenario where none of the policies above are implemented. Note that the rings on the figure below are labelled incorrectly (confirmed by email to the FCRN by the lead author): the ring currently labelled -50 should in fact be labelled 0 (such that the centrepoint of the figures should be labelled -150).

Image: Figure 3, Hasegawa et al. a, MFA (more food for all). b, FFP. (food for the poor) c, FFP + HigherYield. d, FFP + NoWaste. e, FFP + NoOvercons. f, FFP + ALL. Indicators show agricultural irrigation water withdrawals, nitrogen fertilizer use, GHG emissions from agriculture and land use, forest area loss and other natural land loss. The rings indicate the difference (%) between the changes for each indicator in 2030 relative to 2010 and the ones in the Baseline scenario with no hunger policy.

The lower right box above indicates the effects of combining all of the three variants of the FFP scenario, i.e. both under- and overconsumption are ended, food waste is reduced, and agricultural yields are intensified. Although the paper does consider nitrogen use, it does not consider some other likely impacts of agricultural intensification, such as soil erosion.

The authors note that the MFA scenario is unlikely to end hunger by 2030, because it would require unrealistically high overall economic growth before everyone has enough to eat. They therefore suggest that policies specifically aimed at ending undernutrition are likely to be necessary. Note that the paper’s projections did not account for the effect of climate change on future agricultural yields.

Ending hunger is a Sustainable Development Goal of the UN. However, feeding a growing world population by increasing food production without implementing more sustainable consumption will threaten the environment. We explore alternative hunger eradication scenarios that do not compromise environmental protection. We find that an economy-growth-oriented scenario, which ignores inequitable food distribution and is aimed at ending hunger by increasing overall food availability, would require about 20% more food production, 48 Mha of additional agricultural land and would increase greenhouse gas emissions by 550 Mt of CO2 equivalents yr−1 in 2030, compared with the business-as-usual scenario. If hunger eradication efforts were focused solely on the under-nourished, food demand would increase by only 3%, and the associated environmental trade-offs would be largely reduced. Moreover, a combined scenario that targets the under-nourished while also reducing over-consumption, food waste, agricultural intensification and other environmental impacts would reduce food demand by 9% compared with the business-as-usual scenario and would lead to the multiple benefits of reducing hunger and contributing to environmental sustainability. 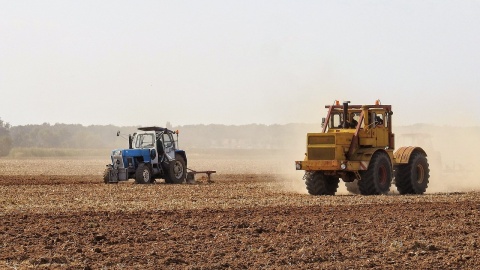