Feeding Britain: Our food problems and how to fix them

This book by Tim Lang examines the state of the food supply chain in the UK, including how the UK’s food system has changed over the past few decades, the ways in which the supply chain is fragile, and how the food system needs to change, particularly as the UK leaves the European Union.

How does Britain get its food?

Why is our current system at breaking point?

How can we fix it before it is too late?

British food has changed remarkably in the last half century. As we have become wealthier and more discerning, our food has Europeanised (pizza is children's favourite food) and internationalised (we eat the world's cuisines), yet our food culture remains fragmented, a mix of mass 'ultra-processed' substances alongside food as varied and good as anywhere else on the planet.

This book takes stock of the UK food system: where it comes from, what we eat, its impact, fragilities and strengths. It is a book on the politics of food. It argues that the Brexit vote will force us to review our food system. Such an opportunity is sorely needed. After a brief frenzy of concern following the financial shock of 2008, the UK government has slumped once more into a vague hope that the food system will keep going on as before. Food, they said, just required a burst of agri-technology and more exports to pay for our massive imports.

Feeding Britain argues that this and other approaches are short-sighted, against the public interest, and possibly even strategic folly. Setting a new course for UK food is no easy task but it is a process, this book urges, that needs to begin now. 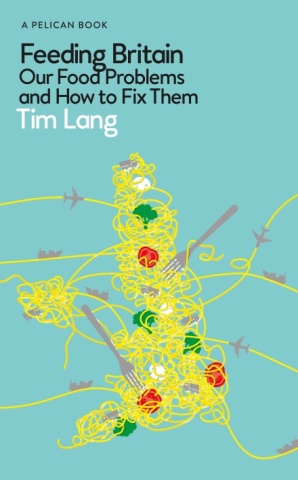