In this paper, researchers from James Cook University, Australia, assess the impact on the environment and agriculture of 33 planned or existing “development corridors” in sub-Saharan Africa. Development corridors are tracts of land earmarked for large-scale infrastructure expansions (e.g. road access) with the aim of increasing agricultural production.

The key findings were:

Based on these findings the authors conclude that many of the existing or planned corridors (especially the latter) may bring benefits to only very small numbers of people, that these agricultural benefits may be insignificant and that their environmental and conservation costs may be extremely high, going so far as to recommend that a number of these projects ought to be cancelled or at least reined in. The authors note the links between some development corridors and large-scale mining projects and the financial and social ramifications of this; the positive correlation between corridor length and negative environmental impact; and that corridors near areas of existing disruption and impact, e.g. urban areas, will have less negative impact than those in more remote areas. The authors conclude that while development corridors are likely to play an important role in Africa’s development, concerted efforts are needed to ensure that these maximise agricultural gains while minimising environmental harm.

In sub-Saharan Africa, dozens of major "development corridors" have been proposed or are being created to increase agricultural production, mineral exports, and economic integration. The corridors involve large-scale expansion of infrastructure such as roads, railroads, pipelines, and port facilities and will open up extensive areas of land to new environmental pressures. We assessed the potential environmental impacts of 33 planned or existing corridors that, if completed, would total over 53,000 km in length and crisscross much of the African continent. We mapped each corridor and estimated human occupancy (using the distribution of persistent night-lights) and environmental values (endangered and endemic vertebrates, plant diversity, critical habitats, carbon storage, and climate-regulation services) inside a 50-km-wide band overlaid onto each corridor. We also assessed the potential for each corridor to facilitate increases in agricultural production. The corridors varied considerably in their environmental values, and many were only sparsely populated. Because of marginal soils or climates, some corridors appear to have only modest agricultural potential. Collectively, the corridors would bisect over 400 existing protected areas and could degrade a further ~1,800 by promoting habitat disruption near or inside the reserves. We conclude that many of the development corridors will promote serious and largely irreversible environmental changes and should proceed only if rigorous mitigation and protection measures can be employed. Some planned corridors with high environmental values and limited agricultural benefits should possibly be cancelled altogether. 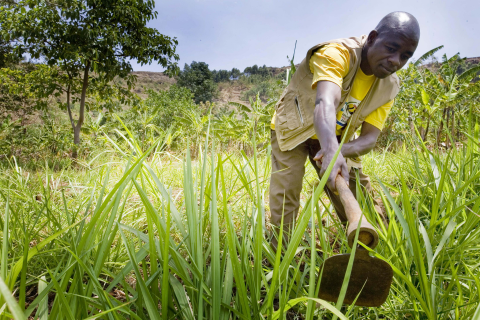