This paper looks at China’s National Forest Conservation Program (NFCP) and concludes that overall, it has been successful in reforesting the country. Prior to this study, scientists did not have proof of China’s claims of forest growth and the effectiveness of the program and China has been under international pressure to scientifically report their findings.

China has been implementing the NFCP by banning logging, reforesting, and providing various incentives for citizens to protect the forest. Historically, large areas of forests have been cleared for farming, leading to erosion and water pollution in many agricultural areas as well as flooding of muddy rivers which sometimes led to transferring of diseases.

The study found an 1.6 % increase in forested land during the 10 year period.  Important to consider however is that while China is experiencing forest growth, several neighbouring countries such as Indonesia and Vietnam are cutting down their forests and selling lumber products to China. So the benefits to climate change that China has contributed to (through maintained carbon storage) are offset by forest reductions in nearby countries.

Forest loss is one of the most pervasive land surface transformations on Earth, with drastic effects on global climate, ecosystems, and human well-being. As part of biodiversity conservation and climate change mitigation efforts, many countries, including China, have been implementing large-scale policies to conserve and restore forests. However, little is known about the effectiveness of these policies, and information on China’s forest dynamics at the national level has mainly relied on official statistics. In response to international calls for improved reliability and transparency of information on biodiversity conservation and climate change mitigation efforts, it is crucial to independently verify government statistics. Furthermore, if forest recovery is verified, it is essential to assess the degree to which this recovery is attributable to policy, within the context of other relevant factors. We assess the dynamics of forest cover in China between 2000 and 2010 and evaluate the effectiveness of one of the largest forest conservation programs in the world—the Natural Forest Conservation Program (NFCP). Results indicate that forest cover has significantly increased in around 1.6% of China’s territory and that the areas exhibiting forest gain experienced a combined increase in net primary productivity (ca. 0.9 Tg of carbon). Among the variables evaluated at county level, the NFCP exhibited a significantly positive relation with forest gain, whereas reduction in rural labor showed a negative relationship with both forest loss and gain. Findings such as these have global implications for forest conservation and climate change mitigation efforts. 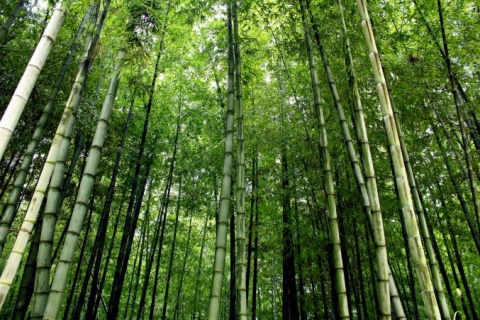