This paper surveys farmers and environmental scientists in Germany and Austria on their attitudes towards biodiversity-friendly management practices for agriculture. It finds significant differences between the attitudes of these different stakeholder groups. The motivation for the study was to examine why farmers rarely use certain biodiversity-oriented management practices despite growing scientific evidence for their benefits.

The paper concludes that:

The authors call for more channels to support collaboration with and between policymakers, scientists and farmers.

Biodiversity-friendly management is pivotal for sustainable agriculture, but rarely put into practice by farmers despite mounting evidence of the social, environmental, and economic benefits of such practices. We investigated the reasons for this implementation challenge by conducting a transdisciplinary survey to identify differences between perceptions of 208 farmers and 98 environmental scientists from Germany and Austria toward biodiversity, ecosystem services and the decision-making processes shaping agricultural landscapes. Perceptions of biodiversity, agri-environment schemes and conservation measures differed significantly between scientists and farmers. While scientists valued scientific information as more important for agricultural decision-making, farmers valued government and agricultural-sector information sources. We found more “biodiversity-positive” perceptions in female-, organic-, and more highly-educated-farmers, highlighting opportunities for more targeted promotion of conservation schemes. Survey respondents were generally younger than the population averages for both farmers and scientists, and our results therefore provide important insights for the future of biodiversity-friendly farming and related conservation science. Our findings demonstrate the urgent need for enhanced communication platforms and cooperation between scientists and key agricultural stakeholders to establish open dialogues between agricultural research, practice, and policy.

Read the full paper here. See also the Table explainer What is the land sparing-sharing continuum? 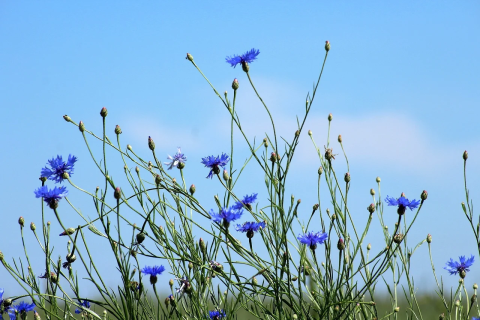