Small investigated whether the rewarding nature of sweet foods is to do with the number of calories those foods contain. To investigate this, the researchers created five drinks, each sweetened with the same amount of sweetener sucralose and varying levels of a tasteless carbohydrate, such that the drinks were equally as sweet, but differing in calorific content. Small predicted that the higher the calorific content, the greater the reward in the brain. However, this was not the case.

Exploring the unexpected results further, the researchers discovered that sweetness regulates how the body responds to food. Only when sweetness and calories were matched, did the results run as predicted. These findings suggest that when calories and sweetness are mismatched (as in a diet soda), the mismatched calories are not metabolised. Small suggests the calories get stored in muscle or in the liver.

The findings of the paper also suggest that if diet sodas are drunk alone they are far less harmful than if eaten with carbohydrates. In sum, Small says “taste can change the metabolic fate of calories”.

The research paper can be found here. A useful summary can be found in Vox and the paper was also covered by the Reader’s Digest 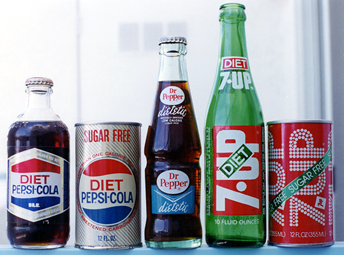