Countries and the global rate of soil erosion

The paper finds that country-specific erosion rates are most highly correlated with differences in agricultural patterns, such as agricultural intensity (greater intensity, measured by fertiliser use per hectare, is associated with lower soil erosion) and the share of GDP and employment attributed to agriculture (in both cases, the more important agriculture is, the more soil erosion there is).

Image: Figure 3, Wuepper et al. The map is based on soil erosion discontinuities between each country and all of its neighbours (unweighted). For all countries that perform more poorly than their neighbours, the map shows how much soil erosion they could mitigate (per hectare and year) just by catching up to their neighbours. For reference, the global average soil erosion rate is 2.4 t ha−1 yr−1.

Soil erosion is a major threat to food security and ecosystem viability, as current rates are orders of magnitude higher than natural soil formation. Governments around the world are trying to address the issue of soil erosion. However, we do not know whether countries have much actual control over their soil erosion. Here, we use a high-resolution, global dataset with over 35 million observations and a spatial regression discontinuity design to identify how much of the global rate of soil erosion is actually affected by countries and which country characteristics, including their policies, are associated with this. Overall, moving just across the border from one country to the next, the rate of soil erosion changes on average by ~1.4 t ha−1 yr−1, which reveals a surprisingly large country effect. The best explanation we find is countries’ agricultural characteristics. 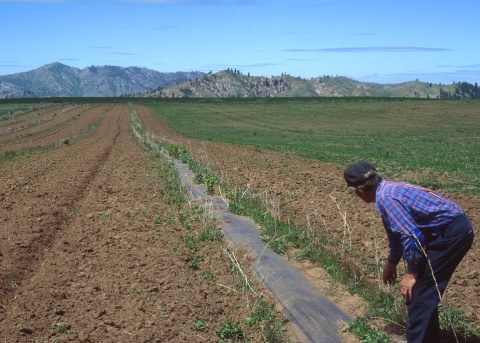