This paper used satellites to observe the effect on yield of conservation tillage practices, such as reducing soil disturbance and leaving crop residues in the field, in the United States Corn Belt. The researchers found that long-term conservation tillage (i.e. from 2008 to 2017) was associated with a 3.3% increase in maize yields and a 0.74% yield increase for soybeans.

However, the effect was varied. In some regions, conservation tillage was associated with lower yields (shown in blue in the figures below), possibly influenced by factors such as precipitation, field slope and soil moisture content.

Image: Adapted from Figure 3 of Deines et al. Distribution of soybean yield impacts from conservation tillage from 2005 to 2015. Mean conditional treatment effect for all field-year observations on a regular 5 km2 grid.

Image: Adapted from Figure 2 of Deines et al. Distribution of maize yield impacts from conservation tillage from 2008 to 2017. Mean conditional treatment effect for all field-year observations on a regular 5 km2 grid.

Conservation tillage is a primary tenet of conservation agriculture aimed at restoring and maintaining soil health for long-term crop productivity. Because soil degradation typically operates on century timescales, farmer adoption is influenced by near-term yield impacts and profitability. Although numerous localised field trials have examined the yield impacts of conservation tillage, their results are mixed and often unrepresentative of real-world conditions. Here, we applied a machine-learning causal inference approach to satellite-derived datasets of tillage practices and crop yields spanning the US Corn Belt from 2005 to 2017 to assess on-the-ground yield impacts at field-level resolution across thousands of fields. We found an average 3.3% and 0.74% yield increase for maize and soybeans, respectively, for fields with long-term conservation tillage. This effect was diminished in fields that only recently converted to conservation tillage. We also found significant variability in these effects, and we identified soil and weather characteristics that mediate the direction and magnitude of yield responses. This work supports soil conservation practices by demonstrating they can be used with minimal and typically positive yield impacts. 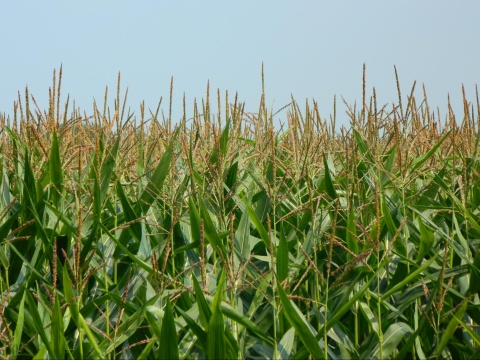