Alcohol production, packaging and transport in Sweden has a carbon footprint of 52 kg CO2 eq. per person and accounts for around 3% of dietary emissions, according to a new paper by FCRN member Elinor Hallström. Per litre of beverage, wine, strong wine and liquor have higher carbon footprints than beer. This study does not include emissions from retail or consumer activities.

The figure below shows the emissions from the different supply chain stages of each alcohol type. Strong wine has a greater carbon footprint from packaging because it tends to be packed in glass bottles, whereas regular wine is frequently packaged in cartons or a “bag in a box”. The industrial stage is particularly high for liquor because of the distillation step.

Knowledge about the environmental impact of alcohol is limited and as an effect alcohol is often excluded from environmental studies of diets or included in incomplete ways. This paper describes the climate impact of beer, wine and liquor by using life cycle assessment. The climate impact is quantified per litre of specific alcoholic beverages and per total amount of alcohol consumed based on self-reported data of 50 000 individuals from 2009 within two population-based cohorts in Sweden. The results show that alcoholic beverages generate greenhouse gas (GHG) emissions in the range of 0.73–2.38 kg carbon dioxide equivalents (CO2e) per litre. Alcohol consumption in the population studied generates on average 52 kg CO2e per person and year. Within the 10% of the population with the highest intake of alcohol GHG emissions are up to 202 kg CO2e per person and year. Consumption of wine is responsible for the largest share of GHG emissions from alcoholic beverages (61%) followed by beer (33%), while liquor and strong wine account for a smaller share (6%). Alcohol consumption among men generates 90% higher GHG emissions than among women. Alcohol consumption and in consequence alcohol-related emissions are decreasing with increasing age of men and women. Our results indicate that alcohol consumption in Swedish men and women is responsible for an average of 3% of total diet-related GHG emissions and in sub-populations with the highest consumption up to 6–11%. Limiting alcohol could be an effective option to reduce the climate impact of diets, especially among men.

Read the full paper here. See also the FCRN report The Alcohol we drink and its contribution to the UK's Greenhouse Gas emissions: A discussion paper and the Foodsource resource Which food products have the highest overall impacts? 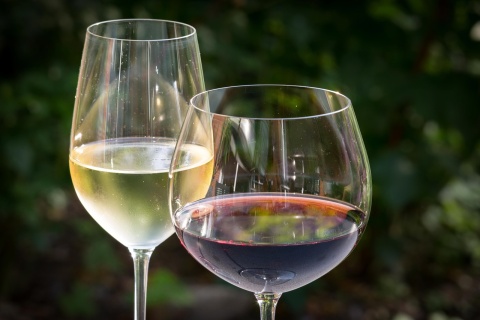