Changes in the global value of ecosystem services

This new paper in Global Environmental Change, builds on a 1997 study published in Nature on the global value of ecosystem services, and estimates the changes since then.

It updates the unit value estimates and creates the first estimates of changes in global ecosystem services value (between 1997 and 2011) in monetary units. The authors estimate (with appropriate caveats) that the loss of ecosystem services from 1997 to 2011 is on the order of $20 Trillion/yr. The paper also addresses some of the misconceptions and critiques arising from the 1997 paper and compares the results with more elaborate global systems modeling approaches.

In 1997, the global value of ecosystem services was estimated to average $33 trillion/yr in 1995 $US ($46 trillion/yr in 2007 $US). In this paper, we provide an updated estimate based on updated unit ecosystem service values and land use change estimates between 1997 and 2011. We also address some of the critiques of the 1997 paper. Using the same methods as in the 1997 paper but with updated data, the estimate for the total global ecosystem services in 2011 is $125 trillion/yr (assuming updated unit values and changes to biome areas) and $145 trillion/yr (assuming only unit values changed), both in 2007 $US. From this we estimated the loss of eco-services from 1997 to 2011 due to land use change at $4.3–20.2 trillion/yr, depending on which unit values are used. Global estimates expressed in monetary accounting units, such as this, are useful to highlight the magnitude of eco-services, but have no specific decision-making context. However, the underlying data and models can be applied at multiple scales to assess changes resulting from various scenarios and policies. We emphasize that valuation of ecoservices (in whatever units) is not the same as commodification or privatization. Many eco-services are best considered public goods or common pool resources, so conventional markets are often not the best institutional frameworks to manage them. However, these services must be (and are being) valued, and we need new, common asset institutions to better take these values into account. 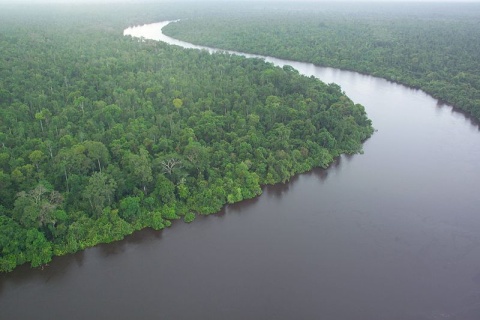