Can soil-less crop production be a sustainable option for soil conservation and future agriculture?

In this viewpoint piece, researchers from research institutions in Germany and Switzerland assess the validity of arguments used in debates regarding the best approach to sustainable farming. They focus in particular on the relevance of arguments concerning “naturalness” in determining the sustainability of the main proposed approaches.

The authors define the three main proposed approaches as:

As most environmental impacts of agriculture scale with acreage of land (and therefore: soil) use, the authors argue that high-tech soil-less approaches which delink production from land-use have the potential to be sustainable, but that this same delinking from the soil is what leads to criticisms of these approaches as “unnatural”. The authors challenge the prevalent “naturalness” argument on three grounds: 1) Artificiality: agriculture in all its existing forms is already a highly artificial enterprise, and any pretence of naturalness is just marketing; 2) the naturalistic fallacy: there is no necessary causal link between naturalness of a production system and its sustainability - “naturalness” speaks to the inherent “essence” of something, which the authors argue does not define what something “should be”; and 3) that despite the vocality of advocates for naturalness in food production, and the existence of niche markets for “authentic”, “natural” cuisine, the vast majority of consumers don’t actually care very much how their food has been produced, with price and taste being bigger drivers of consumer choice.

The above being said, the authors are keen to establish that they do not uncritically commend high-tech production techniques as a sustainable solution for agriculture. They advocate further investigation into the sustainability of soil-less production systems (in their many forms), and highlight a number of caveats and legitimate criticisms of high-tech systems. They note that high-tech solutions are only really feasible in the developed world, where the capital is available to invest in them, as well as in the energy-generating infrastructure required to support them. Other caveats/pre-requisites and criticisms of employing high-tech approaches, as set out by the authors, include: that the systems must be shown to be resilient and not vulnerable; that the high investment in implementing a high-tech system should not be made before a thorough evaluation of the impact on social and cultural factors (community structures, power relations, etc.) has been conducted; that certain elements of taste and nutrition of food may reasonably be derived from soils, thus soil-less systems will need to address these potential short-falls; and that employment opportunities might be expected to change as high-tech systems require engineers instead of farmers, and fewer labourers in general (which the authors argue is likely to be less of a transition in already highly industrialised societies).

The opinion piece concludes that while soil-less food production systems should not be promoted uncritically, their perceived “unnaturalness” – exaggerated by the unrealistic impressions that consumers have of the “naturalness” of conventional agriculture – should not be a barrier to their inclusion in the “option space” for sustainable food production.

Agriculture faces huge challenges regarding sustainable use of soils and its sustainability performance in general. There are three different approaches to sustainable agricultural production commonly proposed, namely intensification, agro-ecological approaches and high-tech industrial approaches. Often, some propose that only agro-ecological approaches are truly sustainable options, with particular benefits for soil protection, while others argue that intensification or high-tech performs better through land sparing. In this viewpoint, we scrutinize the notion of “sustainable agricultural production” and the role these approaches may play for such, in particular addressing the controversy of “naturalness” versus “artificiality” in production systems. Consumers often perceive agriculture as “natural”, but agriculture today thrives always on strong human intervention. We posit that agriculture is linked to soils and natural processes, but that this provides little guidance on what sustainable agriculture should be. Being “natural” need not be an aspect of being sustainable. If it is, arguments for this need to be provided. Furthermore, revealed consumer preferences may much less frequently posit being “natural” as a central criterion for food consumed than usually assumed. By all this, we do not want to promote any of those three approaches uncritically. We rather argue for enlarging the option space for sustainable agriculture in an unprejudiced way.

Read the full viewpoint piece here. This paper was the basis for a recent FCRN blog post by the lead author, which can be read here. 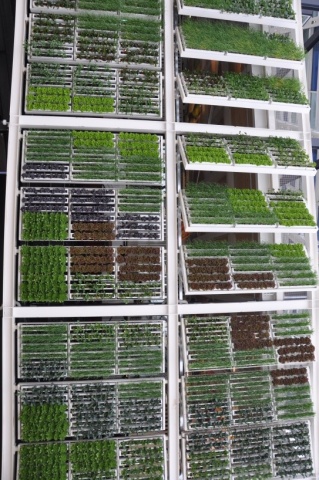