This paper uses consumer surveys from the UK and Germany to explore how the intention to purchase food with ethical claims is affected by the so-called “warm glow” of altruism, i.e. “a feeling people experience when performing an apparent altruistic act”.

In the surveys, participants were asked to choose (hypothetically) between chocolate bars that differed in their price, country of manufacture, country of origin of cocoa, and ethical claims (indicated by labels for fair-trade, organic or carbon neutral products). Participants were also asked to rate their level of agreement with a number of statements designed to indicate underlying motivations, such as “Organic agriculture is overall less harmful to our environment than conventional agriculture.”

The figure below shows the relative importance of each factor found in both the German and UK surveys, i.e. how much each factor influences the product’s utility to consumers. Price was found to be the leading factor in evaluating chocolate bars in the surveys. Taste could not be evaluated by participants since they were asked to make only hypothetical choices and did not actually receive chocolate - nor did the survey use brand names that may have been recognised by participants and used to judge taste.

Image: Figure 2, Iweala et al. Average importance of attributes in Germany and the U.K (in %).​

The study notes that almost all UK survey participants had encountered the fair-trade label while shopping, compared to 90% of German participants; for the organic label, 97% of the German sample and 41% of the UK sample had seen the label; for the carbon-neutral label, less than 20% of both samples had seen the label.

The results showed that participants in Germany generally had higher levels of agreement (compared to participants in the UK) with statements intended to measure the “warm glow”, such as “Doing something about the environment gives me a pleasant feeling of personal satisfaction” and “Reducing my carbon emission, I feel happy contributing to human well-being and the quality of the natural environment”.

The authors suggest that it makes sense for marketers to use strategies that appeal to the “warm glow” in countries where the “warm glow” has been shown to have a high influence.

Food products with ethical claims are stacked on supermarket shelves in ever increasing numbers, but their share of total food sales does not usually climb above a one-digit figure. Numerous consumer studies have investigated the motives of consumers to purchase food items with ethical claims, as well as the potential purchase barriers. The presented study merges these insights with the concept of the warm glow of giving, which originates from public good theory, as we enlist food items with ethical claims as private goods with public good characteristics. The warm glow of giving reflects personal gain from an act of altruism. How the warm glow influences the intention to purchase food items with ethical claims, and the actual food choice, is the core question of this paper. Going into more depth, prosocial (fair-trade) and pro-environmental (organic and carbon-neutral) claims are explored separately, and cross-cultural differences are pointed out. The empirical analysis is based on a representative consumer survey in the U.K. (n = 452) and Germany (n = 465) which incorporated a choice-based conjoint analysis. Both are mature markets for food items with ethical claims, yet with varying degrees of market penetration for prosocial and pro-environmental claims. Our results suggest a higher level of warm glow in the German sample, leading to a generally larger influence of the warm glow on the evaluation of ethical claims as compared to the U.K. Overall, the fair-trade claim is affected more positively by the warm glow than the pro-environmental claims, which can be explained by its stronger public good characteristic as compared to the organic claim and its perceived health benefits. Additionally, label awareness is a necessary precondition for any warm glow effect as the results of the carbon-neutral claim show. These findings are indicative for the use of the warm glow for marketing and social marketing strategies in order to increase the sales of food products with public good characteristics.

Iweala, S., Spiller, A. and Meyerding, S., 2019. Buy good, feel good? The influence of the warm glow of giving on the evaluation of food items with ethical claims in the UK and Germany. Journal of Cleaner Production, 215, pp.315-328. 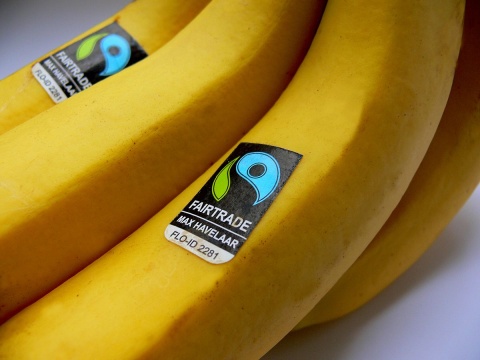