Apocalypse pig –how the last antibiotics are starting to fail

A new form of antibiotic resistance was recently identified and the results of the ongoing research project have been published in The Lancet Infectious Disease.  The Lancet published the paper as part of their series on antimicrobial access and resistance to coincide with the WHO’s World Antibiotic Awareness Week for Nov 16–22, 2015.

This initiative follows the World Health Assembly’s endorsement of the Global Action Plan on Antimicrobial Resistance in May, 2015.  The plan calls on all member countries to adopt appropriate strategies to tackle resistance within two years.

The multi-country research collaboration found that the gene responsible for this new resistance to the antibiotic drug colistin, was present in both meat animals and people. The resistance, dubbed MCR-1 for plasmid-mediated colistin resistance mechanism, is believed to come from agricultural use of the colistin drug.  The article states that although now primarily confined to China it may already be spreading across borders. The role that agriculture seems to be playing in its evolution and dispersal is what makes this new colistin resistance different from earlier resistance (for example vancomycin resistance -VRSA).

From the paper: “China is… one of the world’s highest users of colistin in agriculture. Driven largely by China, the global demand for colistin in agriculture is expected to reach 11,942 tonnes per annum by the end of 2015 (with associated revenues of $229·5 million), rising to 16,500 tonnes by the year 2021, at an average annual growth rate of 4·75%. Of the top ten largest producers of colistin for veterinary use, one is Indian, one is Danish, and eight are Chinese. Asia (including China) makes up 73·1% of colistin production with 28·7% for export including to Europe”.

The gene responsible for the resistance, MCR-1, was found in:

The paper concludes that “Although currently confined to China, MCR-1 is likely to emulate other global resistance mechanisms such as NDM-1. Our findings emphasise the urgent need for coordinated global action in the fight against pan-drug-resistant Gram-negative bacteria.”

An article in National Geographic discusses the research findings and development of this resistance to one of the few, still effective  antibiotics - colisin. The author argues that with the advent of transmissible colistin resistance, progression of Enterobacteriaceae from extensive drug resistance to pan-drug resistance is inevitable, meaning that resistance goes global and infections are untreatable by any known compound.

The mcr-1 gene in E coli strain SHP45 was identified by whole plasmid sequencing and subcloning. MCR-1 mechanistic studies were done with sequence comparisons, homology modelling, and electrospray ionisation mass spectrometry. The prevalence of mcr-1 was investigated in E coli and Klebsiella pneumoniae strains collected from five provinces between April, 2011, and November, 2014. The ability of MCR-1 to confer polymyxin resistance in vivo was examined in a murine thigh model.

Polymyxin resistance was shown to be singularly due to the plasmid-mediated mcr-1 gene. The plasmid carrying mcr-1 was mobilised to an E coli recipient at a frequency of 10−1 to 10−3 cells per recipient cell by conjugation, and maintained in K pneumoniae and Pseudomonas aeruginosa. In an in-vivo model, production of MCR-1 negated the efficacy of colistin. MCR-1 is a member of the phosphoethanolamine transferase enzyme family, with expression in E coli resulting in the addition of phosphoethanolamine to lipid A. We observed mcr-1 carriage in E coli isolates collected from 78 (15%) of 523 samples of raw meat and 166 (21%) of 804 animals during 2011–14, and 16 (1%) of 1322 samples from inpatients with infection.

The emergence of MCR-1 heralds the breach of the last group of antibiotics, polymyxins, by plasmid-mediated resistance. Although currently confined to China, MCR-1 is likely to emulate other global resistance mechanisms such as NDM-1. Our findings emphasise the urgent need for coordinated global action in the fight against pan-drug-resistant Gram-negative bacteria.

Ministry of Science and Technology of China, National Natural Science Foundation of China.

Read the Lancet paper with the original research here and the article in National Geographic here. You can also find the editorial of The Lancet Infectious Disease special issue on antibiotic resistance here (requires journal access).

You can find more resource related to antibiotics and other drugs in this research library category. 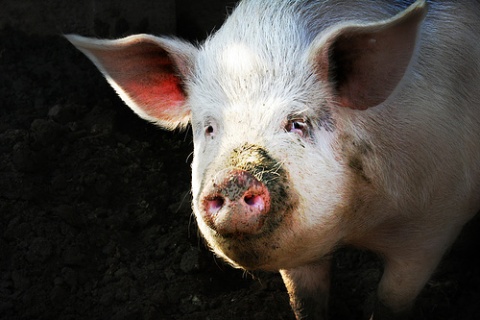