Alternative cropping systems such as organic or conservation agriculture are often expected to lead to enhanced soil carbon storage as compared with conventional systems, and therefore to hold potential to contribute to climate change mitigation via carbon sequestration.

However, existing reviews comparing them to conventional agriculture report contradictory results. To resolve this uncertainty, this study presents the results of a 16-year experiment in northern France, which carefully compares the development of soil organic carbon levels for four cropping systems: conventional, low-input, organic, and conservation agriculture.

The results find that only conservation agriculture and to a lesser extent organic cropping systems significantly increased soil carbon storage. For temperate climates, the authors conclude, this suggests that alternative cropping systems can make a contribution to climate change mitigation.

For each of the four different cropping systems considered (conventional, low-input, conservation, and organic), this study aimed to calculate the inputs and outputs of carbon within the system as a whole (both above and below ground) and importantly, to measure and explain the causes of soil carbon storage. The different cropping systems studied were characterised as follows.

The crops used in the rotations for each cropping system’s experimental plots, and the relative frequencies for each crop over the study period, are given in the graph below.

In each of the experimental plots for the cropping systems, after harvesting, crop residues were left on the soil surface. To ensure that the results captured only carbon inputs from plant growth on the experimental plots and not from carbon imported from outside the system, no organic fertilizer (i.e. manure) was used. Data on soil properties, including organic carbon, was collected on each plot, down to a depth of 30cm (the base of the plow layer). These data points were then used to parameterise a soil carbon model, which then provided a means to quantitatively evaluate the flows of carbon within each cropping system.

Between the cropping systems, considerable differences in yields and carbon storage were observed. Conventional wheat yields were similar to the regional averages. In comparison, wheat yields for low-input, conservation, and organic system reached, 91%, 66%, and 55% of this respectively. For soil organic carbon, after the 16 years, levels did not change significantly in either the conventional (+3%) or low-input systems (+1%). However, significant increases in soil organic carbon were observed for the conservation agriculture (+24%) and organic (+12%) systems. This equates to a rate of 0.63 and 0.28 tons per hectare per year.

Based on the modelling, the authors concluded that between the cropping systems, there was no evidence to suggest a difference in the rate of soil organic carbon decomposition (i.e. soil mineralisation). This is despite the fact that for the conservation agriculture system, no ploughing took place. Therefore, the differences in soil carbon storage were predominantly (although not entirely), the result of different levels of carbon input from crops grown as part of each system.

Ultimately, the researchers conclude that alternative arable systems do have the potential to sequester organic carbon in temperate climate conditions, but that this potential is driven primarily by the carbon inputs to the system, rather than by the effect of reduced soil decomposition through lower tillage.

Alternative cropping systems such as conservation agriculture and organic farming are expected to decrease negative impacts of conventional systems through sequestration of organic carbon in soil and mitigation of greenhouse gas emissions. We studied soil organic carbon (SOC) dynamics in the long-term (16 years) field experiment “La Cage” (France) which compares four arable cropping systems, free from manure application, under conventional (CON), low input (LI), conservation agriculture (CA) and organic (ORG) management. Bulk densities and SOC concentrations were measured at different dates between 1998 and 2014. SOC stocks were calculated at equivalent soil mass taking into account bulk density variations and SOC redistribution across the different soil layers. We analyzed the evolution of SOC stocks and compared it with outputs of the simulation model AMG. The rate of change in SOC stocks in the old ploughed layer (ca. 0–30 cm) during the 16 years was 0.08, 0.02, 0.63 and 0.28 t ha?1 yr?1 in the CON, LI, CA and ORG systems respectively and significantly differed from 0 in the CA and ORG treatments. The AMG model satisfactorily reproduced the observed evolution of SOC stocks in the old ploughed layer in all treatments. A Bayesian optimization procedure was used to assess the mean and the distribution of the most uncertain parameters: the SOC mineralization rate and the C inputs derived from belowground biomass of cover crops which were fescue (Festuca rubra) and alfalfa (Medicago sativa). The model thus parameterized was able to predict SOC evolution in each block and soil layer (0–10,10–20 and 20–30 cm). There was no significant difference in SOC mineralization rates between all cropping systems including CA under no-till. In particular, the increased SOC storage in CA was explained by higher carbon inputs compared to the other cropping systems (+1.72 t C ha?1 yr?1 on average). The CA and ORG systems were less productive than the CON and LI systems but the smaller C inputs derived from cash crop residues were compensated by the extra inputs from additional crops (fescue and alfalfa) specifically grown in CA and ORG, resulting in a positive carbon storage in soil. We conclude that alternative arable systems have potential to sequester organic carbon in temperate climate conditions, through higher carbon input rather than by the effect of reduced soil tillage. 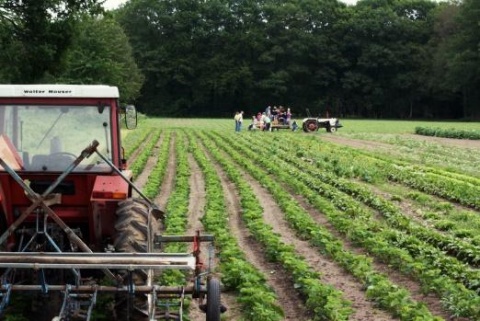 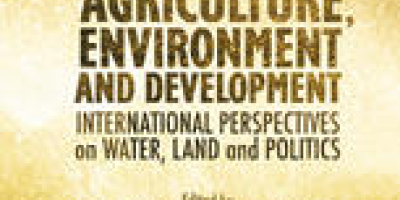 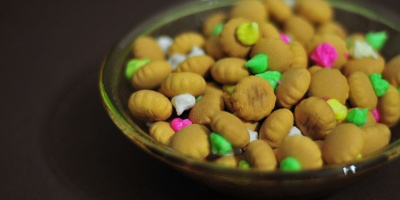 Research Library
How ultra-processed food took over your shopping basket 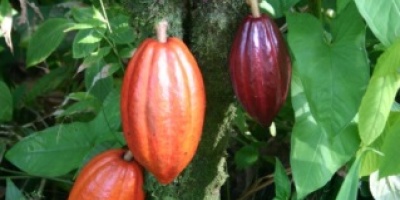 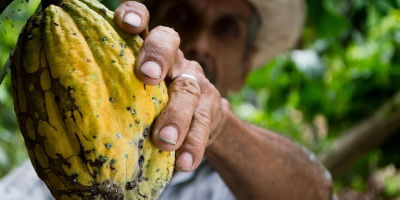