This paper analyses satellite data and finds that the annual rate of carbon loss from tropical forests has doubled between the time periods 2001-05 and 2015-19, primarily driven by agricultural expansion.

38% of the increase in tropical carbon loss has come from tropical Africa, and 43% from Asia. In Brazil, there has been a reversal of a trend towards lower deforestation; forest loss in Brazil has been increasing since 2015.

The paper also looks at what happens to land after it has been cleared. By visually inspecting samples of satellite images, the authors estimate that around 30% of land converted to agriculture had begun to turn back into shrubland or forest by 2020. This could be caused by agricultural abandonment, policies to reforest areas, or else fallow periods in between phases of agricultural use.

Previous estimates of tropical forest carbon loss in the twenty-first century using satellite data typically focus on its magnitude, whereas regional loss trajectories and associated drivers are rarely reported. Here we used different high-resolution satellite datasets to show a doubling of gross tropical forest carbon loss worldwide from 0.97 ± 0.16 PgC yr−1 in 2001–2005 to 1.99 ± 0.13 PgC yr−1 in 2015–2019. This increase in carbon loss from forest conversion is higher than in bookkeeping models forced by land-use statistical data, which show no trend or a slight decline in land-use emissions in the early twenty-first century. Most (82%) of the forest carbon loss is at some stages associated with large-scale commodity or small-scale agriculture activities, particularly in Africa and Southeast Asia. We find that ~70% of former forest lands converted to agriculture in 2001–2019 remained so in 2020, confirming a dominant role of agriculture in long-term pan-tropical carbon reductions on formerly forested landscapes. The acceleration and high rate of forest carbon loss in the twenty-first century suggest that existing strategies to reduce forest loss are not successful; and this failure underscores the importance of monitoring deforestation trends following the new pledges made in Glasgow.

Read the full paper here. See also the TABLE explainer What is land use and land use change? 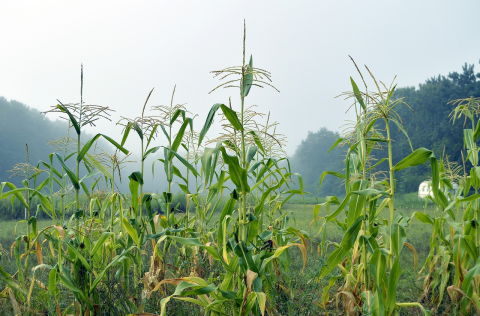