Agriculture is one of the leading drivers behind the loss of species and ecosystems, warns the Intergovernmental Science-Policy Platform on Biodiversity and Ecosystem Services (IPBES). An estimated one million animal and plant species (one in eight) are threatened with extinction. Species losses are happening tens or hundreds of times more rapidly today than over the last 10 million years, with the rate accelerating.

According to the report, the five main drivers of changes in nature are:

Regarding the first of these drivers, the report finds that three quarters of the land-based environment and two thirds of the marine environment have been altered by human activity, with over one third of Earth’s land surface and three quarters of freshwater resources being used to produce crops or livestock.

The report notes that the human population has more than doubled since 1970 and per capita GDP is four times higher.

The report says “A key constituent of sustainable pathways is the evolution of global financial and economic systems to build a global sustainable economy, steering away from the current limited paradigm of economic growth.”

Read the summary for policymakers of the IPBES Global Assessment Report on Biodiversity and Ecosystem Services here and view the media release here. See also the Foodsource resource How do food systems affect land-use and biodiversity? 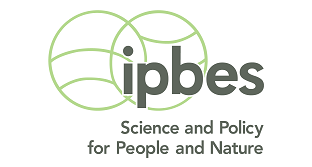