Is it good to eat microalgae?

Susann Schade is a research associate and doctoral candidate at the Institute for Agricultural and Nutritional Sciences at the Martin Luther University in Halle, Germany, where she previously studied agriculture and area studies. Susann focused on life cycle assessment for her master’s thesis in which she compared the environmental impacts of different fruits and vegetables. She subsequently joined the cluster project “NovAL (Novel microalgae species as a sustainable source of bioactive nutrients in human nutrition)” of four German universities to investigate the environmental impacts of microalgae cultivation. 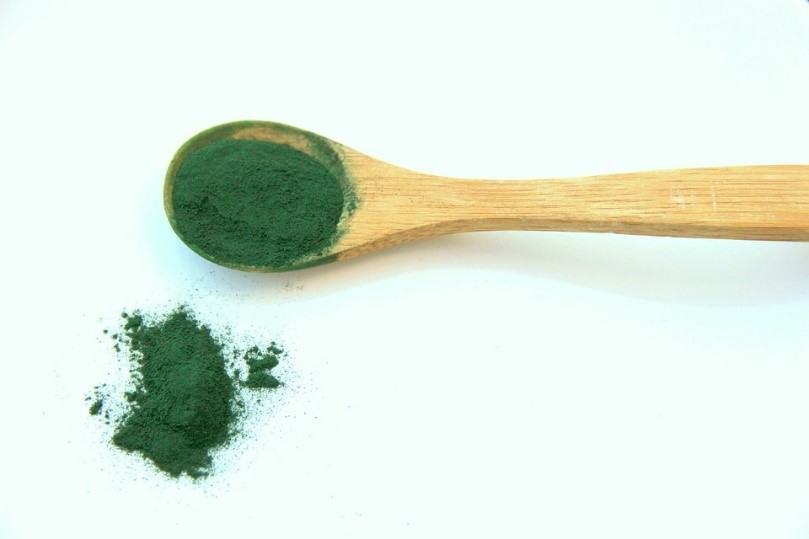 Introduction - Microalgae research of the past decades

The NovAL (Novel microalgae species as a sustainable source of bioactive nutrients in human nutrition) project started in 2017 and explores the nutritional potential of (novel) microalgae, mainly vitamin D and B12, phytosterols and long-chain polyunsaturated fatty acids (PUFAs). ‘Novel’ refers to microalgae that are not yet widely consumed but that nevertheless have a favourable nutritional profile. During the course of the project, I have co-authored a paper on the environmental impacts of microalgae cultivation systems that has recently been published in Algal Research: A comparative analysis of the environmental impacts of cultivating microalgae in different production systems and climatic zones: A systematic review and meta-analysis. This blog post is based on the published paper and illustrates both the potential of microalgae as a food and the environmental impacts of their different cultivation methods.

For decades, microalgae research has focused on using these unicellular photosynthetic organisms to produce biofuel. Their high lipid content makes them a promising alternative to oil. So why are researchers now suggesting we include microalgae in our diet?

Before discussing whether it is actually good to eat microalgae, let us examine what microalgae are. From a taxonomic point of view, the different life-forms summarised as ‘microalgae’ could not be more dissimilar. In fact, we humans are more closely related to Chlorella vulgaris, a eukaryotic microalgae species, than the latter is related to Arthrospira platensis, a prokaryotic cyanobacterium commonly known as Spirulina. However, the two are today the most consumed microalgae supplements and have long been approved by regulators for human consumption.

Humans have been eating algae, mainly macroalgae (seaweed), in some regions for thousands of years – and not only in Japan, where people currently consume approximately 10 g of macroalgae per day. Archaeologists have found evidence for algae consumption in Chile from 14,000 years ago, in China from 300 AD and in Ireland from 600 AD [1]. You might be consuming microalgae without realising it, because about 70% of groceries contain microalgae [2,3], mainly as extracted colourants, emulsifiers, gellants or thickeners.

What makes microalgae beneficial for our nutrition apart from serving as food additives? Normally, I would avoid the term ‘superfood’, but it seems to be accurate in this case.

Microalgae contain high percentages of protein, ranging from 30% to 60% of dry weight in some species such as Chlorella and Spirulina. The amino acid profile of several microalgae species compares favourably to that of soybeans [4]. More importantly, Chlorella and Spirulina provide a ‘complete protein’ as they contain all of the essential amino acids [5,6]. Microalgae could hence complement plant- and meat-based protein sources, given that around 1 billion people today have insufficient protein intake [7].

One of the most valuable nutritional characteristics of microalgae is their level of polyunsaturated fatty acids (PUFAs), especially the omega-3 fatty acids eicosapentaenoic acid (EPA) and docosahexaenoic acid (DHA). EPA and DHA are essential omega-3 fatty acids and cannot be obtained in relevant amounts from any other food group than fish, seafood or algae. Omega-3 fatty acids can be found in vegetable oils in the form of alpha-linolenic acid (ALA), but the human body can only convert minimal, insufficient amounts of ALA into EPA/DHA, which poses a concern for vegetarians and vegans. Currently, the nutritional demand for omega-3 fatty acids puts pressure on global fish stocks. Against the background of a growing world population and shifting diets, microalgae could be one solution for supplying humans with these essential nutrients.

Moreover, microalgae contain a wide range of additional compounds that are crucial for human nutrition, such as polysaccharides, vitamins including vitamin B12, sterols and antioxidants. For example, Haematococcus pluvialis contains a tremendous amount of astaxanthin, a strong antioxidant [8,9]. Antioxidants can prevent damage caused to the body by free radicals which originate (for instance) from inflammation, pollution, UV exposure and cigarette smoke and are linked to ageing as well as heart and respiratory diseases, cancer, immune deficiency and other inflammatory or ischemic conditions [10]. Various extracts from microalgae have been reported to have antioxidant, antibiotic, antiviral, anticancer and anti-inflammatory effects [11].

What is a mere superfood for consumers in richer countries could possibly help combat hunger and malnutrition in other parts of the world (for more detail on malnutrition, see the Foodsource building block What is malnutrition?). In 2001, the United Nations set up the independent Intergovernmental Institution for the Use of Microalgae Spirulina against Malnutrition (IIMSAM). Ongoing projects in South America have since shown that just 2 g Spirulina per day efficiently combats malnutrition. Fundación Atlántida, for example, is an organisation in Colombia that fights malnutrition in children. In its projects, children with light and severe signs of malnutrition (underweight, deficient blood picture, loss of appetite, withdrawn social activity) were given 1-3 g of Spirulina per day over the course of four weeks. In almost 100% of the treated children, all signs of malnutrition improved substantially within the month.

Microalgae’s valuable nutritional profile might encourage people to try it. The taste, which can be described as slightly fishy, may not be to everyone’s liking the first time they sample it. Many foods have acquired tastes, however, and taste preferences are heavily influenced by culture. For example, edible seaweeds are growing in popularity in Western countries. The taste of microalgae can also be described as similar to seaweeds such as nori and dulse.

How are microalgae cultivated? Despite microalgae only needing sunlight, water and carbon dioxide and some nutrients for their growth, their industrial-scale production still needs further improvement.

More than 90% of microalgal biomass cultivation today happens in open raceway ponds (ORPs) which are easy to operate and less expensive than closed systems. ORPs are generally 20-30 cm deep and provide mixing through a paddle wheel. However, ORPs use light, CO2 and water inefficiently because solar radiation only reaches the first few centimetres of the ponds and a substantial amount of water will be lost through evaporation. Additionally, the open ponds may easily be contaminated and not all microalgae species can actually be cultivated in ponds. For example, Nannochloropsis sp., a promising oil-producing microalgae, is easily contaminated with bacteria, other microalgae or protozoa and is therefore best suited to closed cultivation systems [12].

This is why the development of photobioreactors (PBR) has been on the rise in recent years. The most successful types of PBRs are tubular reactors, mostly made of glass tubes that are operated in greenhouses or in the open air, and flat-plate panels. Even though the industry is still in its infancy, there are already tubular photobioreactors operating at industrial scale today (e.g. Roquette Klötze in Germany with 500 km of glass tubes and Algatech in Israel with 600 km of glass tubes).

One of the biggest challenges in microalgae commercial production is still their cost-intensive cultivation, both economically and ecologically speaking, which has been found to be influenced to a great extent by the climate in which the facility is located. More heating is required in colder, darker climates, causing dramatically higher energy use. On the flip side, cooling costs are greater when temperatures and sunlight levels are higher. Further critical processes include the base energy for running the reactors, aeration for providing sufficient CO2, and mixing to ensure that cells will not settle and are all exposed to sunlight. In addition, harvesting (which commonly involves filtration, centrifugation and drying) can add to the energy costs dramatically. It is crucial to find an optimal ‘recipe’ for growing each promising species including the right climatic conditions and an appropriate choice of cultivation system.

Currently, the energy use of microalgae biomass production still exceeds the energy used in producing comparable products as fish and vegetable oil, although cultivation systems are constantly improving and continue to cut their resource inputs. Greenhouse gas emissions from microalgae cultivation are estimated at 8-135 kg CO2 eq./kg dry weight depending on the cultivation system [13,14]. These figures appear high compared to around 2-27 kg CO2 eq./kg for meat and dairy and 0.2-3.7 kg CO2 eq./kg for plants [15,16]. However, the comparison between the carbon footprint of microalgae and other foods is not direct, because the microalgae figures are reported on a dry matter basis whereas the others are not.

Nevertheless, microalgae could have a role to play in making the food system more sustainable. With land for agriculture being scarce and further intensification of crop production being linked to several environmental problems [7], microalgae’s low land use (less than 2.5 m²/kg protein) relative to that of meat (42-258 m²/kg protein), soybean meal (3.3 m²a/kg protein) and pea protein meal (2.9 m²a/kg protein) [7,13] could offer a way of producing nutrients without converting natural habitats into farmland. Expressed per tonne of product rather than per kg of protein, microalgae show a yield of about 80 t/ha per year [17], which is considerably higher than the usual range for rooted crops (vegetables: 5-50 t/ha per year [18]; cereals: 6-8.5 t/ha per year in high income countries [19]).

Conclusion – Is it good to eat microalgae?

So, is it good to eat microalgae? As it is with all the ‘superfoods’ out there, it depends.

Concerning health aspects, yes, it is beneficial to eat microalgae although the taste may not be to everyone’s liking. Leaving aside the vitamins, antioxidants, essential amino acids and other valuable nutritional compounds, microalgae are above all a great source of the omega 3 fatty acids EPA and DHA, and in fact are the only true alternative to fish and seafood for these nutrients.

When it comes to environmental aspects, production systems still need improvement, especially concerning energy use, which leads to the relatively high carbon footprint and also results in the elevated prices of microalgal biomass (around €120/kg dry weight). But if microalgae are used primarily as a supplement to provide nutrients, with a daily intake of around 2 to 3 g per person, the cost seems reasonable.

When I first tried a macroalgae salad some years ago I found it rather unappetising and did not understand how anyone could possibly eat such a product. That was before I learned about all the beneficial characteristics of algae, and before I found out that I could simply consume microalgae as a supplement in my smoothie. There are endeavours to incorporate the bioactive compounds of microalgae into conventional foods and there are foods enriched with microalgae on the market such as soft drinks, noodles, biscuits, crackers and others which could be a great alternative to consuming pure microalgae pellets or meal. And maybe it is about time that we start becoming accustomed to new foods.