Loving some animals, eating others: Food preferences in childhood

This blog post is written by Dr Luke McGuire, who is a lecturer at the University of Exeter Department of Psychology with interests in social & moral development across childhood, adolescence and emerging adulthood. 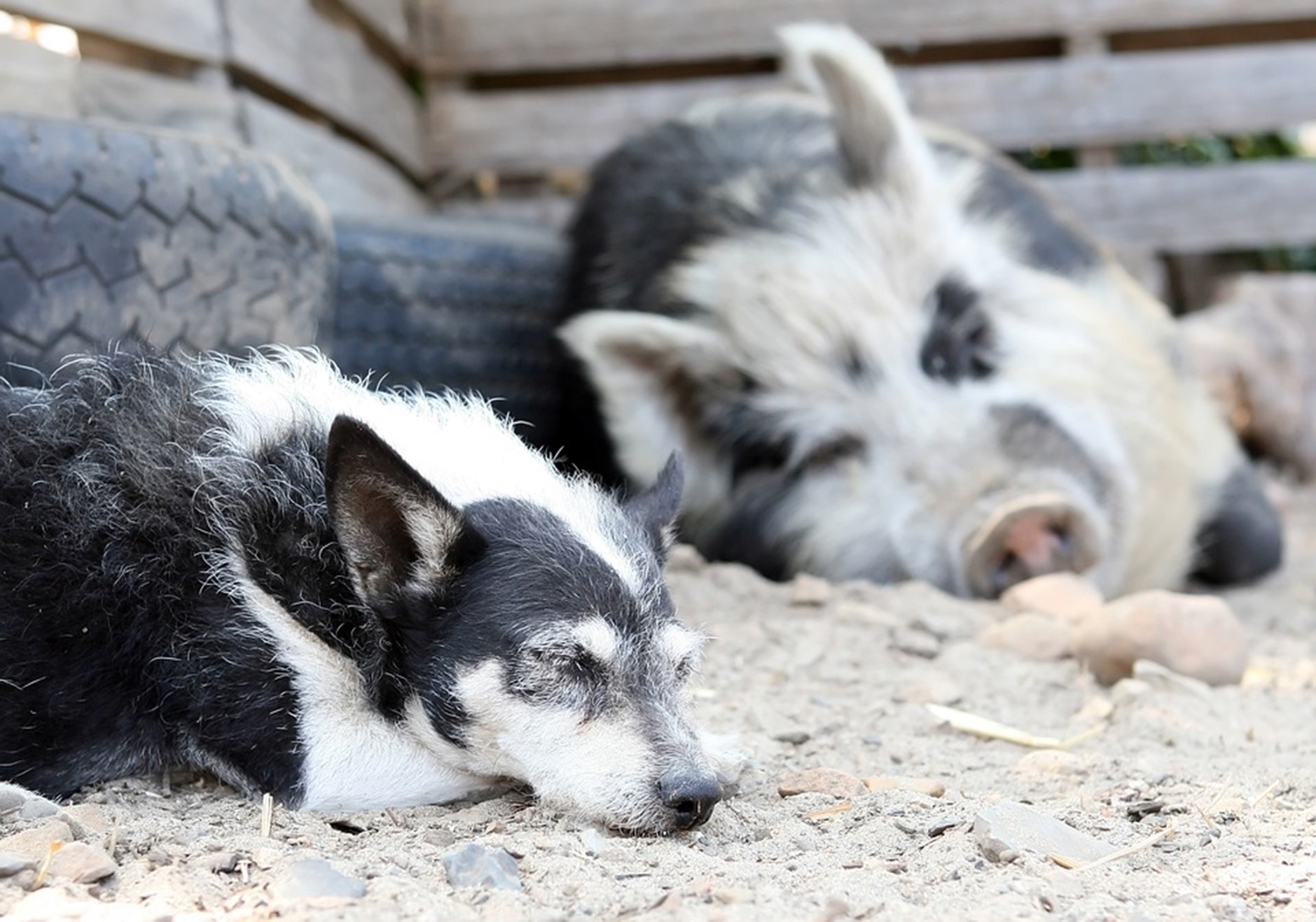 How do we decide which animals to eat and which to care for?

Youth movements have and will continue to play an important role in discussions about climate change, with figures such as Greta Thunberg making it clear that youth have a strong commitment to tackling the climate disaster. One key pathway towards challenging the climate status quo is to open discussions about what we eat, with a particular focus on diets high in animal products. By adulthood our attitude towards eating animals is heavily influenced by psychological categorisation processes that impact our moral concern for those animals. However, whether we are born with a hierarchical view of species membership and moral concern, or whether we develop this across our lifespan, is an open question that is beginning to be examined by psychologists.

Deciding what to eat involves simultaneously considering moral principles (“does this decision cause harm?”), social conventions (“what do most people in my culture or society eat?”) and personal autonomy (“it is my right to decide what to put in my body”). Pertinent to the first of these issues is whether we feel moral concern towards a particular animal – moral concern and edibility are closely related (Bastian et al., 2012; Bratanova et al., 2011). Often, these decisions depend on the species the animal belongs to. For example, we love the pets we live with and treat them as beloved members of our families who we are willing to spend large sums of money on to protect. In contrast, we as a society are willing to accept great harm towards cows, pigs and chickens for the benefit of cheap and accessible meat and dairy products. This psychological process that has been called “speciesism” (Caviola et al., 2019; Singer, 1975) is highly prevalent in adults.

There are important reasons to try to understand the developmental trajectory of attitudes towards animals. What we eat makes a significant contribution to climate change through greenhouse gas emissions, freshwater use, land use and serious damage to global biodiversity. Increasing the percentage of our diet that comes from plants as opposed to animals is one essential step towards mitigating against the disastrous consequences of global climate change. Recent research finds that without such movement away from consuming animals, we will struggle to keep global temperature increases within the bounds of the Paris Climate Agreement (Clark et al., 2020). Children today will face substantial changes to the lifestyle and diet we are accustomed to in the Western world, as well as the most challenging consequences of climate change. It is therefore imperative to ask youth for their own perspectives on diet and how we ought to treat animals. Psychological research has so far underserved youth in this regard.

From a social psychological perspective, we know there are complicated barriers to attitudinal change in many domains (Bohner & Dickel, 2011). When thinking about promoting greater uptake of plant-based diets we must consider the psychological processes that act to maintain individuals’ dietary decisions. By adulthood, our relationship with animals is complex: we love some species and accept great harm against others.

One factor that underpins this is the aforementioned concept of speciesism, which in turn leads to a moral hierarchy of concern from humans, to animals we care for (pets, some wild animals) through to farm animals and pests at the bottom of the pyramid. This belief system contributes to widespread acceptance of great cruelty against farm animals as commodities for use in food production. We do not in general extend moral concern towards these animals in the same way we do cats or dogs, and therefore tend to see their suffering as more acceptable.

Related research within social psychology has demonstrated that the animals we eat are rated to be less sentient and less able to suffer than animals we don’t eat (Loughnan et al., 2010). One study described a fictional animal to participants who were either told that this animal was eaten by locals or not eaten (Bratanova et al., 2011). Interestingly, the same animal was perceived to be less sentient and able to suffer when it was described as an animal that is eaten. This finding suggests that speciesism and diet are highly intertwined with one another, as belonging to a species that is eaten promotes the belief that the animal is less able to suffer and reduces moral concern for this species in general. Our work (McGuire et al., 2020) examines a key open question – are we born speciesist or is this something that emerges across the developmental lifespan?

When considering the developmental trajectory of speciesism there are least two distinct possibilities. One, that we are born believing that humans should be granted greater moral concern than other living beings, or, two, that we come to endorse this moral hierarchy of concern based on our lived experience.

Early evidence from the field of developmental psychology supports the second possibility. For example, work from Wilks and colleagues (Wilks et al., 2021) asked 5 to 9-year-old children, along with adults, to select who they would choose to save in a fictional boat accident. The options included varying numbers of human lives, dog lives, and pig lives. Adult participants demonstrated their speciesism by choosing to invariably save human lives and to sacrifice up to 100 dogs or pigs to save one human life. In contrast, children did not prioritise saving human lives – in fact, the majority of children chose to save ten pigs over one human life. These findings suggest that at least by the age of nine, the strongest version of the speciesist hierarchy has not yet emerged.

In our own recent work (McGuire et al., 2020), we tied such moral value more closely to the evaluation of food. We examined speciesism using an adapted version of an adult speciesism scale (Caviola et al., 2019) and compared samples of children (9–11 years old), young adults (18–21 years old) and adults (30–60 years old). Our sample was predominantly White British. Crucially, we asked participants about how well they thought humans should treat different animals, and whether it was morally okay to eat animals and animal products. We found that children rated eating animals and animal products as less morally acceptable than both young adults and adults did, suggesting that they see eating animals and animal products as a moral issue.

This finding is further evidenced by the ways in which they reason about eating. In other data that we have collected but not yet published, we observed that children justified their less positive evaluation of eating animals with reference to the importance of animal welfare and not causing harm. In contrast, adults were more likely to reference social conventions such as a natural order placing humans above animals, and the need for animal protein. Relatedly, speciesism scores were lower amongst children as compared to both groups of adults. Furthermore, children thought that we should treat farm animals (in this case pigs) better than adults thought we should treat these animals, and rated eating animals and animal products as less morally acceptable than adults did. Together these findings confirm and extend the findings of Wilks and colleagues by demonstrating that speciesism in late childhood remains lower as compared to adulthood. 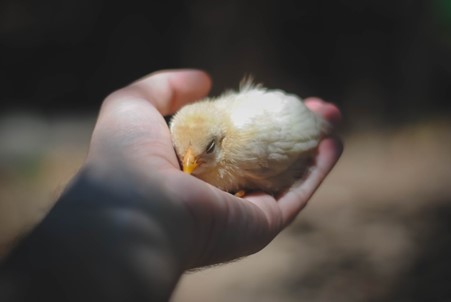 Speciesism is one of the psychological mechanisms that contributes to the exploitation of animals who lie at the bottom of a hierarchy of moral concern. Up to roughly the age of eleven, it does not appear that speciesism and its related constructs (e.g. moral evaluation of meat) reflect adult responses to these measures.

There is much that we don’t know about the emergence of speciesism. An important next step is to follow its development into adolescence and pinpoint the age at which this strict hierarchy of concern begins to emerge. Further work is required that examines some of the individual differences between people that can also help to explain developing speciesism. For example, we know that adults who are high in social dominance orientation (a belief that society should be organised around rigid structures and hierarchies) are more likely to eat meat (Dhont & Hodson, 2014). It would be useful to measure similar orientations in childhood and observe whether these variables are related to moral evaluation of food from a young age. Finally, much less is known about whether children’s and adolescents’ understanding of food production is related to their evaluations of the way we treat animals. Does knowing that animals suffer greatly in factory farms contribute to our attitudes towards these animals?

Our relationships with animals as friend or as food are supported by a series of psychological mechanisms, including the formation of moral hierarchies of concern based on species membership. The emerging evidence suggests that up to the age of at least 11 years, children’s speciesism and responses to moral dilemmas are not reflective of the speciesist views held by adults. If we want to protect against the disastrous consequences of climate change then promotion of plant-based diets is one key strategy to be utilised. This evidence speaks to the possibilities of beginning these discussions in childhood when children advocate for the moral standing of non-human animals.

What do you think? Join the discussion on TABLE's community platform.