Hibba Mazhary is a part-time PhD student in Geography at the School of Geography and the Environment, University of Oxford. She divides her time between her thesis, teaching undergraduates, and undertaking various part-time research assistant roles, including one most recently at the RSPCA on laboratory rat welfare. Hibba is interested in all things farm animal welfare and food sustainability. 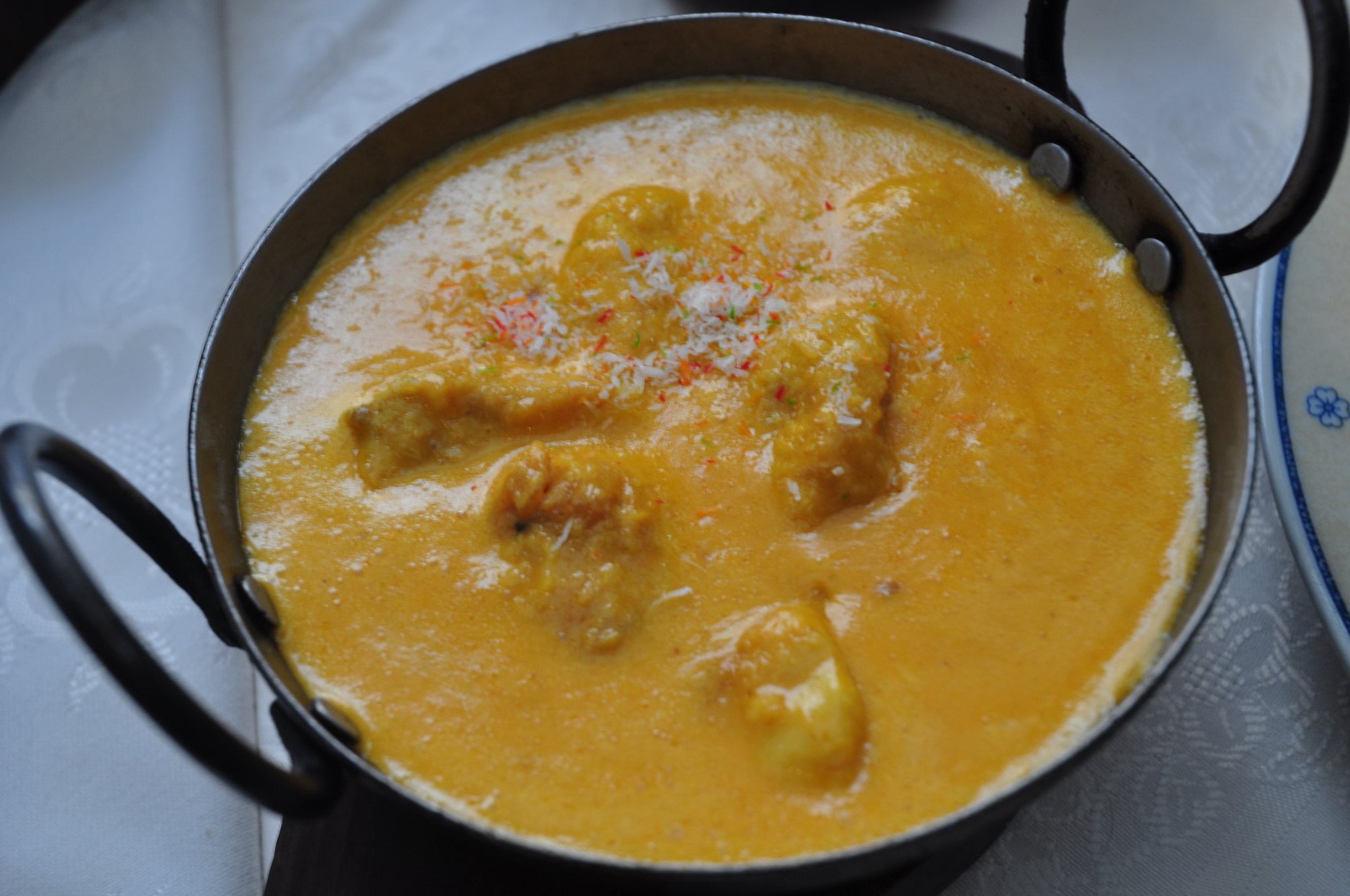 In the next few decades, global demand for meat and other animal products is set to grow steadily, which raises many questions about the (un)ethical nature of this consumption. The application of halal to this topic opens up a particularly ‘meaty’ set of debates around religious authority, environmental responsibility and ethics. ‘Halal’ is an Islamic legal concept, in this context referring to what is made permissible to eat in Islamic scripture. Worth $150 billion a year worldwide[i] and accounting for a significant proportion of some types of British meat (for example, 71% of sheep in the UK are slaughtered by a halal method), the halal meat industry is worthy of attention. For this reason, I have chosen to base my PhD thesis on it.

Halal meat undoubtedly receives attention in the UK in the form of parliamentary debates, newspaper headlines and boycott campaigns, most of it unfavourable, largely due to animal welfare concerns around non-stun slaughter. Non-stun slaughter in the UK is banned, for cited reasons of animal welfare. However, there is an exception made for ritual slaughter for Muslim and Jewish communities. Nevertheless, most of the halal meat in the UK is stunned (mostly by electric methods); depending on whom you ask, most of the halal meat in the UK is stunned. Halal slaughter involves killing the animal with a precise neck incision made by a sharp knife with the recitation of a prayer. Whether it is religiously acceptable to stun the animal or not before slaughter is highly contested within the Muslim community as some believe that the stun actually causes unnecessary harm to the animal. So what we have here are competing ethical frameworks, each of which defines the parameters of what they believe to be ‘humane’ slaughter.

The first point to note about the British halal industry is its sheer scale. According to a report by a meat industry body, while Muslims in the UK consume meat in quantities on a par with the national average, for lamb their consumption is particularly high – Muslims account for less than 5% of the British population but they consume 20% of the country’s lamb[ii] (this could partly be explained by the lack of pork consumption). According to the beef and lamb body EBLEX’s 2013 report, 1 in 3 of the surveyed British Muslim consumers eats meat at every meal[iii]. Identifying strategies for reducing meat consumption in this community that has traditionally been excluded from discussions about environmental sustainability would leverage important health and environmental benefits. In this blog post I will outline the issues I am interested in around meat consumption and production in this sector, including consumer motivations and the relationship that consumers have with animal death. 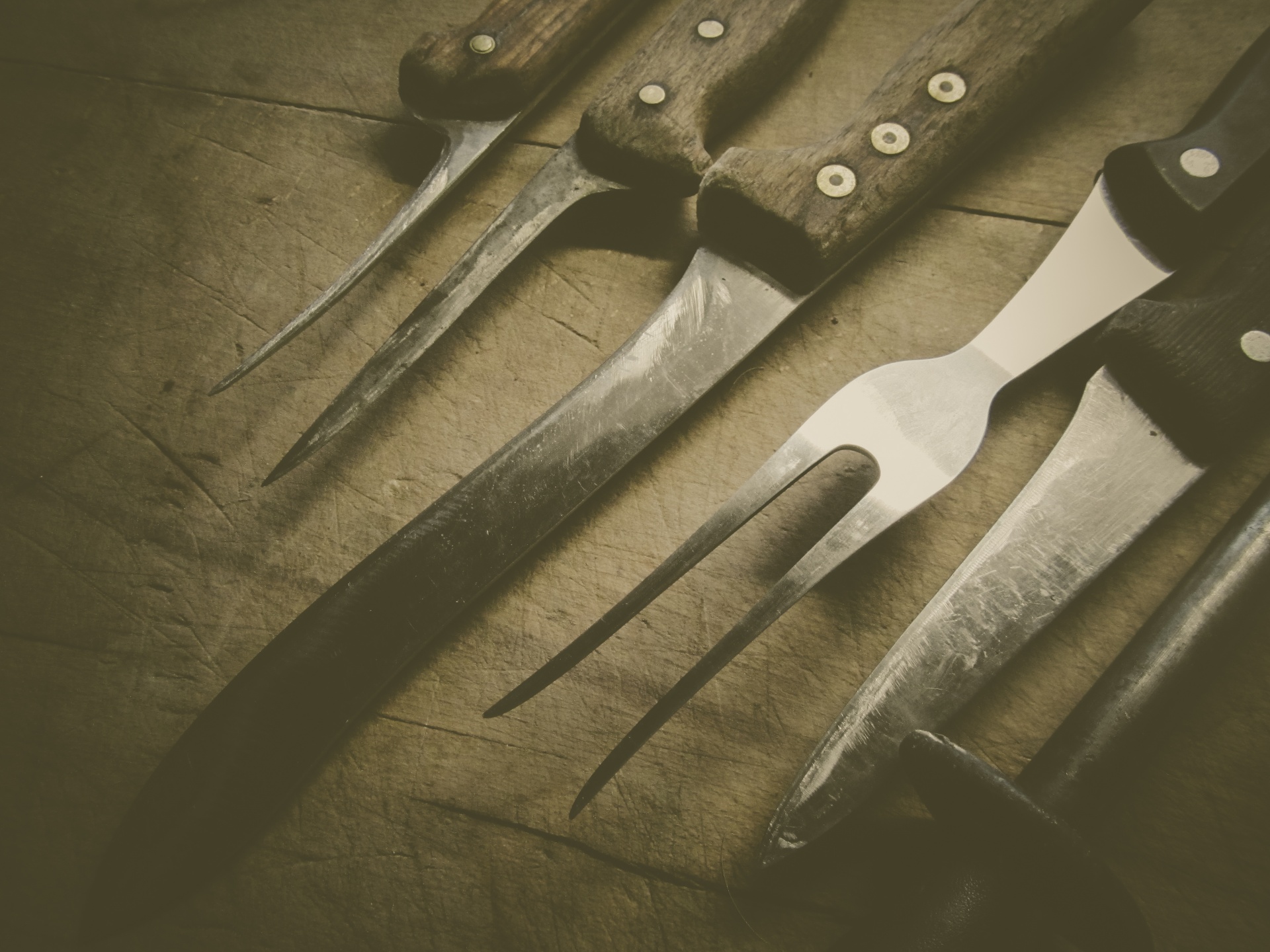 I am firstly interested in exploring how we think about animal death. In highly industrialised nations, we are systematically distanced from animal death. This is evident both in the physical separation of abattoirs from the public eye, and the figurative separation of animal death from the food product, where the animal becomes almost completely erased from the process of consumption. It may be easy to therefore speculate that increasing consumers’ knowledge and exposure to animal death will moderate meat consumption.

However, it is important to acknowledge that distancing from animal slaughter is very much a feature of highly industrialised societies. Many less industrialised societies still operate with close contact between the people who kill the animal and the people who eat it. One often hears tales of Eid festivals in some of these countries where the goat is brought home to live with the family, where the children of the household play and become attached to the animal, before it mysteriously disappears on Eid morning and a fragrant curry is served up suspiciously coinciding with the disappearance of said beloved goat. In such cases, it is commonplace for the members of the family to perform the slaughter themselves, and therefore it is implausible to make the argument that proximity to slaughter moderates consumption.

Second, in the UK and the US, there is an emerging trend to romanticise slaughter, as a backlash against the disconnection of consumers from the origins of their food. This is observed through instances of celebrity chefs performing live slaughter on their cooking channels[iv]. Followers of this movement are drawn to live slaughter because it recalls more traditional and authentic animal husbandry, although it equally draws its critics.

Exposure to animal death and its impact on meat consumption is therefore a puzzling issue, and it is precisely this that I hope to tease out in my PhD. I will explore how animal death is distanced from consumers by different stakeholders in the British halal meat industry. The distancing of animal death is particularly interesting in the halal meat sector due to the highly disputed nature, both within the British Muslim community and amongst critics of non-stun slaughter, of the method of animal death. This is linked to my subsequent research question of whether proximity to and awareness of animal death have any impact on individual meat consumption.

Another facet of my project will be exploring consumer motivations. For many reasons, it is challenging to change attitudes towards meat consumption and to achieve shifts in diets; one must first acknowledge that food choices are often not rational but highly personal and emotional, and thus difficult to change. Moreover, meat enjoys an entrenched centrality in many cultures, particularly in festivities.

Another factor that will likely hinder dietary change is price, given that the organic alternatives that offer higher welfare standards are much more expensive and that British Muslim communities are amongst the most financially disadvantaged in the UK. Organic halal chicken’s premium compared to non-organic halal chicken is similar to that of conventional organic versus conventional non-organic. Moreover, the organic movement and the wider environmental movement are sometimes seen as shutting out the working classes and ethnic minorities[v]. This is changing, however, and we are increasingly witnessing the rise of the ‘eco-halal’[vi] movement, with several small-scale organic halal family farms popping up in the UK over the past decade[vii] [viii].

My project will also explore the policy implications of considering animal welfare in the British halal meat industry, including whether a national halal standard can be established – a complex issue given the existence of multiple competing halal certification bodies and food standards. Currently, self-appointed industry bodies certify meat as halal and there is no national legal standard. I will also examine other policy implications such as how religious requirements and welfare concerns are appeased in contested spaces, for instance through the development of new alternatives such as ‘post-cut stunning’ (stunning animals immediately after the throat incision). There is also new research emerging on different types of less invasive stunning of cattle (that damage fewer brain cells, produce fewer post-stun convulsions, and reduce capillary bursting) which may therefore be more acceptable to anti-stunning British Muslim consumers.

Ironically, people on opposite sides of the stunning debate (staunch critics of non-stun slaughter and vocal proponents of it) are both calling for the same thing: labelling of halal meat products that specifies the mode of slaughter. So even if these opposing groups cannot agree on what a national halal standard would look like, they both push for more transparency. Labelling comes with its own set of concerns, however, including the fear that it could drive up demand for non-stun slaughter[ix].

These are ambitious research questions, for sure, but how to go about finding answers to them? For such a mixed bag of research aims, I am going to need a mixed-methods approach, including interviews, focus groups, textual analysis and field diary notes, as well as analysing quantitative data from food diaries and online surveys. Consumer focus groups and online surveys will help me to understand consumer motivations and experiences with animal death. Abattoir visits (assuming successful entry!) will provide a clearer insight into the experience and practice of animal slaughter. To gain an insight into the treatment of animal welfare and death throughout the whole supply chain, I will conduct supply chain ethnographies where I visit the farms, slaughterhouses, and processing plants through which animals pass. This will all be supplemented by interviews with key individuals in the industry. I’m aware that this sounds like a great deal of work, and indeed this may not all be feasible, but give that mine is a part-time PhD, the longer timeframe allows me more flexibility. Access to certain research locations such as abattoirs will be difficult to secure due to the sensitivity of the research topic, but I am hopeful to secure at least a few visits.

In terms of future trends, we are likely to see more consumers demanding alternatives, as is occurring in the ethical halal movement. We may equally see more passive consumers as well as mobilised consumers, as some may resent the responsibility being placed upon them to make ethical decisions, believing that it is producers’ responsibility to ensure welfare and quality.

To conclude, the future of the British halal meat industry is set to be one of increasing consumption and there is a need to turn the conversation to the benefits of eating less but better-quality meat. The intersection between religious practice and ethical consumption as mutually enforcing motivations, as well as deeper reflection on animal slaughter, will be crucial in order to effect more lasting consumption behaviour change. Similarly, some commentators have identified principles of animal welfare and environmental sustainability in Islamic scripture[x], which would be a useful starting point when discussing moderation of consumption in the halal meat industry.

If anyone has any questions or comments please do get in touch, as I am keen to hear any feedback.