Judy Bankman joined Brighter Green as a research intern in 2013 when she was completing her Master of Public Health at NYU’s College of Global Public Health. Working with Brighter Green allowed her to direct her academic interest into a research and policy-focused project, which linked current public health issues with food systems analysis. Her research culminated in several blog posts that were published by Food Tank and Civil Eats from 2013 to 2014, and ultimately the discussion paper published in October 2017 by Brighter Green, “Chronic Disease, Changing Diets, & Sustainability: The Globalization of Western-style Eating and Its Implications”. 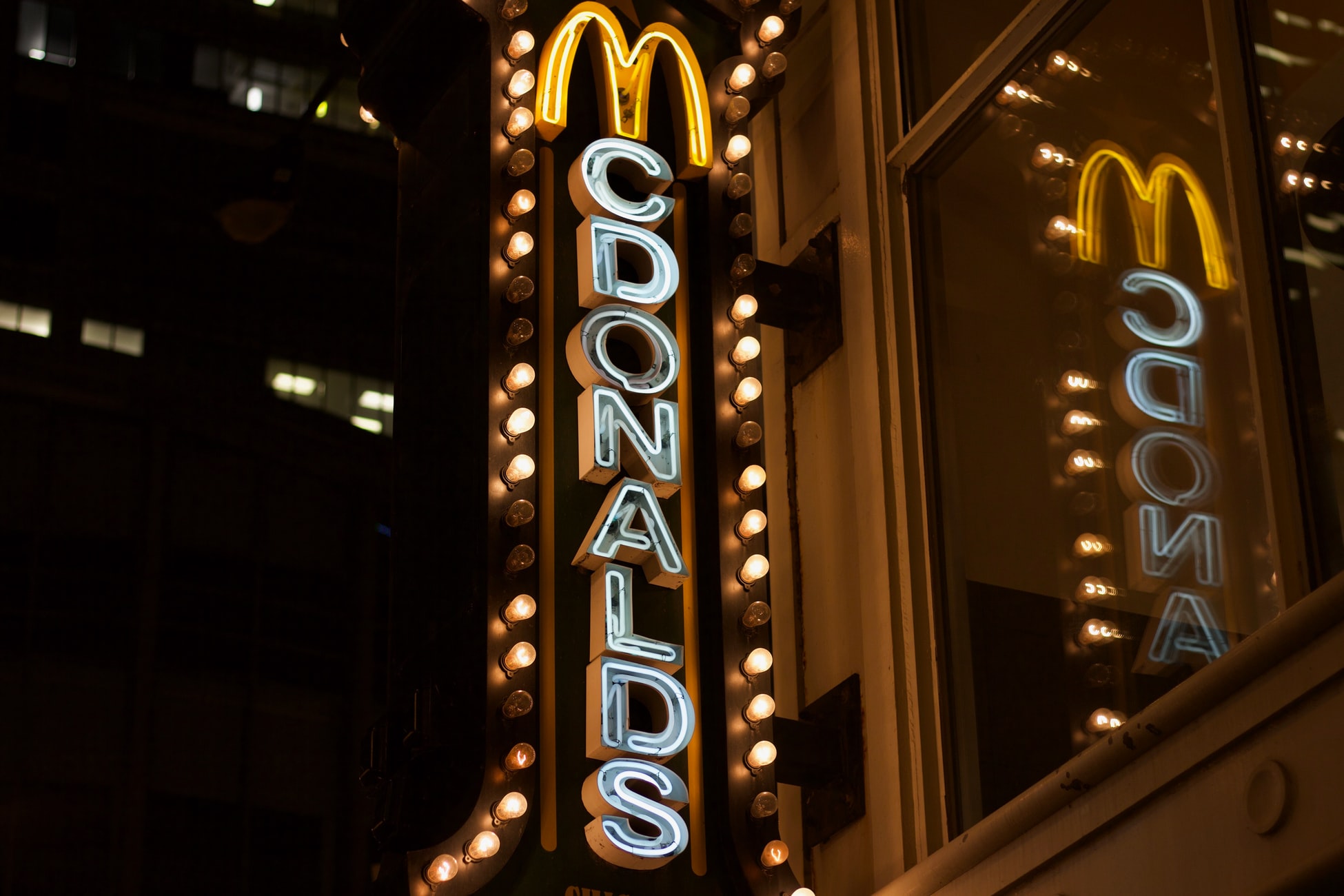 “Because it directly links and negatively affects human and environmental health, the global dietary transition is one of the great challenges facing humanity.” - David Tilman and Michael Clark, Nature, 2014.

As a public health practitioner, my main area of interest has always been human health and wellness. While working with Brighter Green to research and write “Chronic Disease, Changing Diets, & Sustainability: The Globalization of Western-style Eating and Its Implications”, I became intimately familiar with the links in our food system between agricultural production, consumption patterns, public health outcomes, and climate change.

At COP 23 in November, after several years of deliberation, world leaders acknowledged the connection between agriculture and climate change. The UN Food and Agriculture Organization called this a “major step” towards meeting the global demand for food, and it is. This acknowledgment may also herald steps toward improved health, given that industrial agriculture and poor health are connected.

A look at the numbers: chronic disease and diet

As incomes rise, many countries around the world are entering the nutrition transition. This is characterized by movement from a plant-based diet towards a Western-style diet, replete with animal protein and fat, cheap oil, sugar, and salt. Along with changing diets have come rising rates of chronic diseases such as obesity, heart disease, and diabetes.

Obesity has doubled worldwide since 1980. In 2014, 39 percent of adults were considered overweight and 13 percent obese. Diabetes affects 415 million people internationally, while cardiovascular disease is the number of one cause of death across the globe.

The health outcomes of many low and middle income countries are especially affected by the nutrition transition. For example, the leading cause of death in Mexico is diabetes, claiming 14.7% of deaths in 2016. It is no coincidence that soda consumption in Mexico has grown tremendously throughout the last several decades. In 1991, pre-NAFTA, Mexicans consumed an average of 290 8-oz Coca Cola products per capita. By 2011, this number more than doubled to 728 8-oz Coca Cola products per capita. In India, heart disease causes 24% of deaths and obesity has nearly tripled since 1990 from 6.4 to 18.8 percent. Similarly to Mexico, India has welcomed a large presence of Western fast food into its country including McDonald’s, Baskin Robbins, and Häagen Dazs.

The “double burden” of malnutrition

Although obesity and chronic diseases are on the rise in the global South, many individuals experience other forms of under or malnutrition at the same time. The World Health Organization defines the “double burden” as “the coexistence of undernutrition along with overweight and obesity, or diet-related noncommunicable diseases, within individuals, households and populations, and across the lifecourse”. Poor maternal health, including undernutrition, can contribute to an offspring’s increased risk for obesity and insulin resistance. This means that a child whose mother was food insecure, and who is growing up in today’s energy-rich food landscape, may be at increased risk for obesity and diabetes. In low and middle income countries, the nutrition transition is happening at such a rapid rate that the “double burden” is not an unusual occurrence. In fact, the “triple burden” is becoming more common as well, which is characterized by the coexistence of obesity, hunger or food insecurity, and micronutrient deficiencies.

“Big Food” are the large, transnational companies that provide more and more consumers with processed, unhealthy foods. According to Carlos Monteiro, Director of the University of São Paulo’s Centre for Epidemiological Studies in Health and Nutrition, when markets become saturated, or when processed foods provide about 60 percent of calories in one market, Big Food companies then seek to enter new markets. In wealthier countries, this saturation point has been reached; now we are seeing Big Food enter new markets in the global South.

Coca-Cola, McDonalds and Yum! Brands, the parent company of KFC and Taco Bell, are perfect examples of Big Food. South Africa is home to 700 KFC locations. Yum China, the Chinese version of Yum!, more than doubled its outlets between 2008 and 2016, from 3,000 to 7,000. McDonalds is expanding in China at a rate of 10 new restaurants per week. In India, the company has tailored its menu to fit Indian tastes, swapping beef and pork for chicken, fish, and some vegetarian options. Many in low and middle income countries connect availability of Big Food to inclusion in a modern, global culture. Unfortunately, this inclusion comes at a cost to both human health and the environment.

The environmental cost of changing diets

As the nutrition transition progresses and countries worldwide begin to adopt the Western-style diet, the methods of agriculture used to produce its staples are contributing to climate change. The food system as a whole contributes 20–30 percent of human-caused greenhouse gases (GHGs) and the global livestock sector produces 14.5 percent. Given that meat is a staple of the Western-style diet, this is cause for concern. Global GHG emissions from agriculture, forestry, and fisheries have nearly doubled over the past fifty years, according to the UN Food and Agriculture Organization.

Climate change is not the only environmental repercussion of industrialized agriculture. The production of palm oil and soybeans, two commodity crops used in myriad consumer products, has led to mass deforestation and biodiversity loss. Malaysia and Indonesia produce 85 percent of the world’s palm oil. In both countries, many rainforest species are becoming endangered, including orangutans and pygmy elephants. Each year in Brazil, 6,100 square miles of the Cerrado, a biologically diverse grassland, are razed for production of soy, sugarcane, and cattle.

COP 23 has promised to respond to the link between agriculture and climate change, but how else can world leaders address the effects of the global nutrition transition? Several countries now incorporate sustainability into their dietary guidelines, including Germany, Qatar, Sweden and Brazil. Brazil’s guidelines also call for for using fresh, whole foods, eating in company, and looking at food advertisements with a critical eye. China’s 2016 dietary guidelines recommend reducing meat consumption and encourage choosing fish, poultry, and eggs as protein sources. Shu-shi, a celebrity endorsed Chinese media campaign, promotes healthy eating and environmental sustainability.

A few countries including France and Mexico have implemented a tax on sugary drinks in an attempt to encourage water drinking and reduce obesity. Sales of sugary drinks have dropped substantially in Mexico in the first and second year after implementing the tax. In the United States, several cities now tax  sugary drinks, including Berkeley, CA, Boulder, CO, and Philadelphia, PA. However, public health groups in the United States face enormous challenges from the soda industry, as well as policies that uphold state preemption of local laws: states frequently veto local public health policies.

But replacing soda with water is only one part of the solution. Unprocessed, plant-based diets must be widely embraced at an individual level. At the same time, production of livestock and commodities that release GHGs and degrade the environment must be curbed significantly. To do this, global development policy should encourage and support healthy, sustainable diets and systems of food production. Researchers in the global North need to engage with their counterparts in low and middle income countries in order to share knowledge and work towards creative solutions. It is my hope that policy makers across the globe acknowledge that the current food system is implicated in both public health crises and climate change, and that production and consumption shift to address these parallel issues.

This is a blog post based on the paper “Chronic Disease, Changing Diets, & Sustainability: The Globalization of Western-style Eating and Its Implications” written by Judy Bankman and published by Brighter Green. It can be found here.

What you can and can’t get at McDonald’s in India. India Marks.

Dewey, Caitlin. Why Chicago’s soda tax fizzled after two months - and what it means for the anti-soda movement. The Washington Post, 2017.