The Brazilian Dietary Guidelines: Impacts and prospects for food systems and nutrition in a changed political environment

This post is written by Elise Birkett, who is studying environmental studies and journalism at New York University, and Anna Davidsen Davies, who is a Brazilian NYU Environmental Studies and Public Health graduate now working in the recycling sector with TerraCycle in the U.S. The post has been edited by Mia MacDonald and Judy Bankman of Brighter Green, a New York-based public policy action tank that works on issues that span the environment, animals, and sustainability. 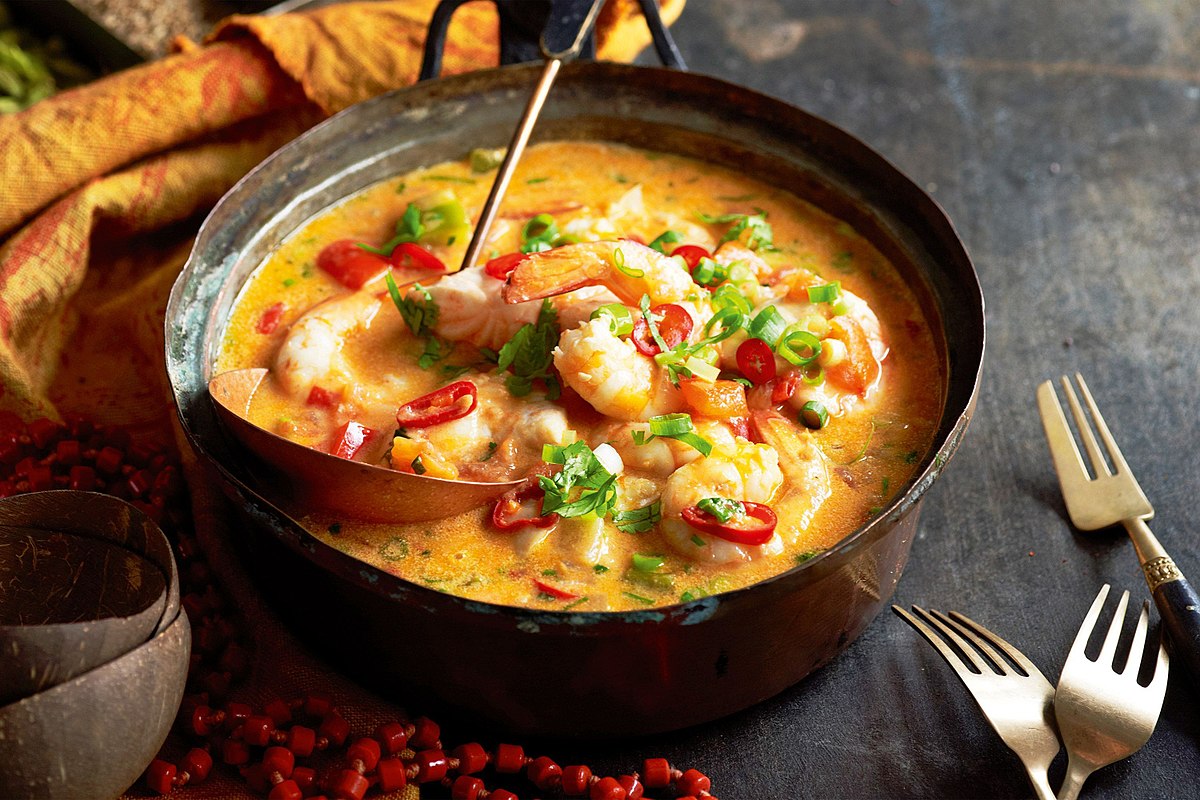 Brighter Green wrote about the potential effect of the dietary guidelines in Brazil and other countries in Latin America when they were first published in 2014. At the time, the Brazilian guidelines attracted considerable global attention and admiration. With this blog, we want to revisit the guidelines to assess what progress has been made since their implementation, the bottlenecks encountered, and the prospects for the future, particularly in view of the harsh new political realities in Brazil. Isabela Sattamini, a Ph.D. candidate in the Department of Nutrition at the University of São Paulo, shared her perspective with us.

The Brazilian Dietary Guidelines made waves in its most recent 2014 revision with recommendations to reduce ultra-processed food intakes, increase plant-based food consumption, and pay attention to the implications of diet, nutrition and food advertising. The guidelines also note the implicit connection between food and the environment, and what this might mean in terms of sustainability.

“The Brazilian Guidelines 2014 are one of the few in the world that address the matter of environmental and social sustainability,” said Sattamini. “It has not always been like that. The 2006 Guidelines are a traditional one that involve only nutrients recommendations and are very similar to other countries’ guidelines.”

Along with discussing sustainability, the new guidelines promote preparing meals from staple and fresh foods, limiting consumption of fast food and meals ready for consumption, and buying groceries at locations that stock a variety of fresh foods. The first recommendation of the guidelines states, “Natural or minimally processed foods, in great variety, and mainly of plant origin, are the basis for diets that are nutritionally balanced, delicious, culturally appropriate, and supportive of socially and environmentally sustainable food systems.” The revisions also recommend limiting processed food and avoiding ultra-processed food.

Plant-based diets offer benefits to both the environment and human health, in the form of protection against non-communicable diseases. “The risks of excessive animal products consumption, especially red meat and dairy, are also recognised,” says Sattamini. “Recommending that people avoid ultra-processed products and give preference to cooking their own meals based on fresh ingredients is already very significant in the direction of healthy diets and food habits.”

In 2009, the Brazilian research group NUPENS (Centre for Studies in Epidemiology and Nutrition at the University of São Paolo) coined the term ultra-processed and began an investigation into its effects on health. In 2010, Carlos Monteiro, Professor of Nutrition and Public Health at NUPENS, wrote in the World Nutrition Journal “The big issue is food processing - or, to be more precise, the nature, extent and purpose of processing, and what happens to food and to us a result of processing.” According to Sattamini, ultra-processed foods are hyper-palatable convenience products designed to be over-consumed.

The guidelines define “processed food” as “relatively simple and originally ancient products manufactured essentially with the addition of salt or sugar (or another substance of culinary use, such as oil or vinegar).” Ultra-processed food, on the other hand, require “several stages of processing techniques and many ingredients, including salt, sugar, oils, and fats, and several substances for exclusive industrial use.” The guidelines suggest looking at the ingredients of packaged food to determine the difference between the two groups, saying that ultra-processed foods tend to contain more than five ingredients and ingredients with names that are unfamiliar to most consumers.

While Brazil has been at the forefront of these nutritional changes, other countries are joining the transition. Since the guidelines have been released, Uruguay and most recently Canada have published their own Brazil-inspired guidelines and Ecuador recruited Brazilian specialists as consultants to the development of their guidelines. According to Sattamini, all of this means that governmental understanding of nutrition and the effects of food on the environment is changing globally.

“A strong bond with Latin America is being developed,” said Sattamini. “The overall impact of the guidelines is to bring the concept of ultra-processed and its impacts on health, culture and environment to the centre of the nutrition discussion in Brazil, while inviting other countries to come along.” Sattamini advocates for prohibiting the marketing of ultra-processed products. The last point in the new guidelines advises the public to, “be wary of food advertising and marketing,” but Sattamini doesn’t believe that goes far enough. Research shows that marketing strategies have strong impacts on the minds of children, teenagers and adults.

Even before the implementation of the guidelines, Brazil took steps to eliminate hunger, promote healthy food choices, and support local economies. Brazil’s Zero Hunger Program (Fome Zero) was launched in 2003 and continues to improve health outcomes. In 2009, the government passed a law requiring local farms to provide 30% of the food procured by schools.

According to Angelica Salada, senior research analyst at Euromonitor International, specialised retailers and overall availability of healthy products are increasing throughout the country. In fact, the health specialist retailer, Mundo Verde, increased its number of outlets by 199% between 2011 and 2016. This increase in healthy food retailers, together with the publication of the guidelines and other national policies targeting nutrition, all reveal a commitment to health and wellbeing in Brazil.

However, in Sattamini’s view, discussions linking the climate agenda with food production and consumption patterns are still in the early stages within the Brazilian administration, despite the guidelines’ publication almost five years ago. “Brazil is going through a strong political crisis, and unfortunately this has jeopardised the environmental and social agenda,” said Sattamini. “I cannot speak for the Ministry of Health, but as far as I know there hasn’t been much advance on this theme. Brazil has a lot of natural resources and healthy traditional diet patterns, there’s a lot to be preserved.”

Given Brazil’s recent elections in which Jair Bolsonaro took office as president, it is unclear exactly how the guidelines will be affected. Bolsonaro has made inflammatory remarks which include threats to pull out of the Paris Agreement on climate change. Prior to his election, he had claimed he would combine multiple ministries to encompass the issues of agricultural policies, natural resources and the environment, as well as food security and rural development into the Ministry of Agriculture. Since taking office, Bolsonaro has shut down the National Council for Food Security and Nutrition.

Bolsonaro’s effect on the country’s sustainability and environmental agenda can already be seen. He recently decided to withdraw the country’s offer to host the next UN Climate Change Conference-COP 25 and has expressed interest in exploring indigenous communities’ lands in the Amazon region for commercial activities. Bolsonaro’s appointed Secretary of the Environment, Ricardo Salles, is closely aligned with Brazil’s agribusiness interests and has previously stated that the discussion about climate change is "secondary".

For Sattamini, Bolsonaro’s election is worrisome because his agenda does not appear to include the participation of civil society, which has historically played an important role in the implementation of public health and nutrition policies. She says “The political-economic crisis and a fiscal austerity policy that suffocates social expenditure, associated to the pressures of hegemonic food system, have compromised fundamental programmes such as the expansion of agroecology, school feeding, access of small farmers to markets and support actions to the production capacity and access to food of the groups deprived of their rights.”

Multinational companies have been working in Brazil for the past four decades to shift traditional diet cultures of fresh-cooked meals towards ultra-processed foods, but much of the original food culture remains. By encouraging fresh-food meals that focus on quality and are eaten slowly with company, the guidelines hope to reduce the consumption of ultra-processed food and safeguard the cultural traditions that already exist.

“Brazil has taken the lead and stood out in the international nutrition community, inviting other sectors of society… to the fundamental discussion about food,” said Sattamini. “I believe that in a world without ultra-processed products’ marketing, people would have the chance to better value their own traditional food systems, our culture and biodiversity of plants, regional and family recipes, and to respect their health, culture and environment.”

While Brazil’s future is uncertain, the importance of the guidelines in informing public policy cannot be denied. Perhaps now more than ever, it is essential that the Brazilian government prioritises public health and the environment over the interests of agribusiness and big business food conglomerates. Sattamini says it is also essential that citizens take part in the process of political engagement. “It is now a duty of Brazilian civil society to unite for a democratic front in order to demand from the government that the most important agendas be protected and that society [does] not move backwards.”

A note from the FCRN (now Table): we have written a Building Block about ultra-processed foods, which you can access here.

Elise Birkett is a junior at New York University from San Diego, California. She is studying environmental studies and journalism and plans to join the Peace Corps when she graduates. In future, she hopes to use photojournalism to document the effects of climate change on communities around the world in the future.

Anna Davidsen Davies is a Brazilian NYU Environmental Studies and Public Health graduate now working in the recycling sector with TerraCycle in the U.S. She plans to continue her career in the field of sustainability in the private sector, and envisions returning to Brazil as an advocate for food security and environmental issues.

Brighter Green is a New York-based public policy action tank that works to raise awareness of and encourage policy action on issues that span the environment, animals, and sustainability. Their work encompasses research on and generation of public policy responses to rising global production and consumption globally of animal-based foods, with a focus on the consequences of industrial-scale animal agriculture and feed crops. In this context, they are interested in the role of national guidelines for sustainable eating and improved nutrition, such as Brazil’s, in encouraging the necessary shifts in individual consumption and societal awareness and action.